WESTERN leaders welcomed the appointment of Vladimir Putin as stand-in president of Russia when Boris Yeltsin stepped down last week. Tony Blair was one of the first world leaders to congratulate Putin, and US president Bill Clinton declared, “We are always together on the core points.” Clinton said Putin’s appointment was “encouraging for democracy in Russia”, and that he had got “off to a good start”.

Blair and Clinton heaped praise on Putin despite the fact he has come to power covered in the blood of Chechen civilians. Putin has risen to prominence by ruthlessly prosecuting Russia’s bloody war in Chechnya. Hospitals, schools and homes have been flattened in towns and villages across Chechnya.

Russia again stepped up the war against Chechnya this week. The Russian army is pounding Grozny, the Chechen capital, with deadly weapons. The city is being reduced to rubble. No one knows how many civilians have been slaughtered. Russian troops are firing terrifying “aerosol” bombs which explode into fire and suck the air out of people’s lungs. The blast from the bombs can even slaughter the old and sick who are hiding in underground shelters. Many civilians fleeing the assault on Grozny are hiding in Chechnya’s mountainous areas. But journalists report that the bombs are also reducing these areas to cinders.

Russia is using the same inhuman tactics used by NATO in last year’s Balkan War. It is also copying the kind of lies used by NATO to justify the slaughter. Russian leaders claim they are fighting “terrorists” and “bandits”. In reality the Russian ruling class wants to assert its power over the countries of the former Soviet Union. It also wants to grab as much as it can of the vast oil and gas reserves of the region around the Caspian Sea.

Like NATO in the Balkans, the Russian ruling class is prepared to slaughter countless civilians and destroy the whole of Chechnya in order to try and preserve its rule and its profits. Putin put it clearly last weekend. He said, “This is about how to bring about the end of the break-up of Russia.” He says he wants to restore Russia as a “great power” and to reverse the fortunes of the Russian army, which was decimated when it lost the war it fought against Chechnya in 1994-6.

High in polls, but no solutions

NEW RUSSIAN leader Vladimir Putin is a former chief of the Soviet secret police, the KGB. Boris Yeltsin appointed him as prime minister last year. He has never been elected. His bid for the Russian leadership is supported by the clique around Yeltsin, which includes the corrupt media tycoon Boris Berezovsky.

Putin has used nationalist and warmongering speeches to whip up support for the war in Chechnya. So far his warmongering has paid off. His popularity has soared in the polls. His supporters also got high votes in the parliamentary elections held just before Christmas.

Presidential elections have now been brought forward to March this year, and Putin is expected to win. But he has no answers to the dire economic situtation in Russia. He supports more of the free market medicine which has seen production in Russia plummet by over 40 percent and left millions of ordinary Russians impoverished. One of Putin’s aides announced last week, “Putin definitely wants to continue the market reforms. There will be no de-privatisation or re-nationalisation.”

Putin is a collaborator of Anatoly Chubais, the free market fanatic who launched the disastrous mass privatisation schemes in Russia in the early 1990s. Putin’s leadership will only mean more economic catastrophe and corruption. It will be a disaster both for the Chechen civilians dying and suffering at the hands of Russian troops and for ordinary people facing unimaginable poverty and early death in Russia itself.

CHECHNYA IS a small republic in the Caucasus-the mountain range which runs west to east between the Black Sea and the Caspian Sea. It is home to about one million people. The Caucasus has always been a strategically vital area for Russia’s rulers, who have subjected the people of Chechnya to repeated waves of repression over the last two centuries.

Chechnya has remained an independent republic, in fact but not in name, for the last three years. War has devastated the country. Almost all industry has been destroyed and about two thirds of the population have lost their homes. Islamic ideas have won wider support in response to Russian aggression and the breakdown of society. 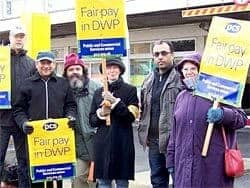