Teachers and other public school workers in the US state of West Virginia have rejected a pay and conditions deal designed to get them back to work after a strike that began on Thursday of last week.

The 20,000 teachers and 13,000 support workers were continuing their strike on Thursday after rejecting their union leaders’ advice to accept the employer’s offer and return to work.

Wednesday had been billed as a “cooling off” day before schools would reopen. But teachers, other workers and their supporters rallied outside the state capitol building chanting, “We’re not going to take it” and “We got sold out!”

There were votes taken not to return to work.

Brandon Wolford, president of Mingo County’s branch of one of the striking unions told the Charleston Gazette-Mail “I relayed a  message to our superintendent that I have had very few, maybe two or three, who said they wanted to go back to work, the rest are absolutely in opposition, 100 percent.”

The deal would have seen teachers possibly receive get a pay rise of 5 percent for this year, compared to the previous 2 percent offer.

But that would still have left them among the lowest paid teachers in the country. And the deal put forward by millionaire West Virginia governor Jim Justice was not fully guaranteed and included few concessions over the key issue of workers’ healthcare plans.

The only measure was a task force to look at the Public Employees Insurance Agency (PEIA) at some point in the future.

Workers want immediate action because their health insurance premiums are going up while employer contributions are going down.

Teacher Sam told Socialist Worker that the state is “combining spousal household income to determine new monthly premiums. This would mean most teachers’ premiums went up by £145 each month.”

West Virginia teacher Charlene said, “They are trying to divert national media coverage and are making promises that they have no intention of fulfilling.

“West Virginia for years has been overlooked and the government uses our resources to benefit big business and corporations.”

Jessica Salfia, an English teacher at Spring Mills High School in Berkeley County, told The Atlantic website that the strike was on behalf of all state workers who are affected by the PEIA’s rising costs. “The fight is not over,” she said on Wednesday.

The state’s laws say that public sector workers are barred from striking and that workers could face prison if they defy back to work orders. 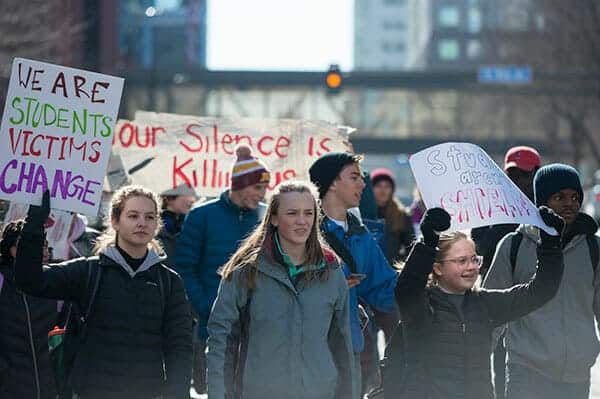 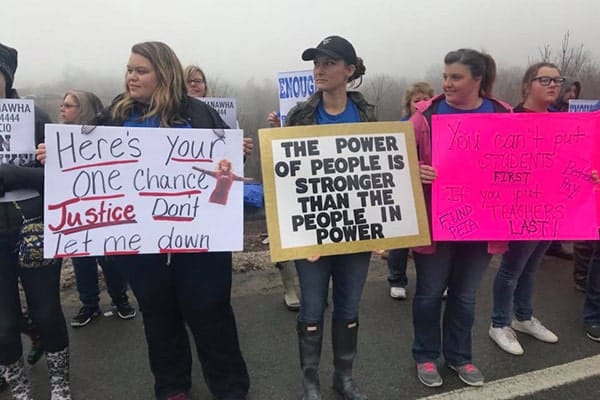 Striking teachers defy the law in the US 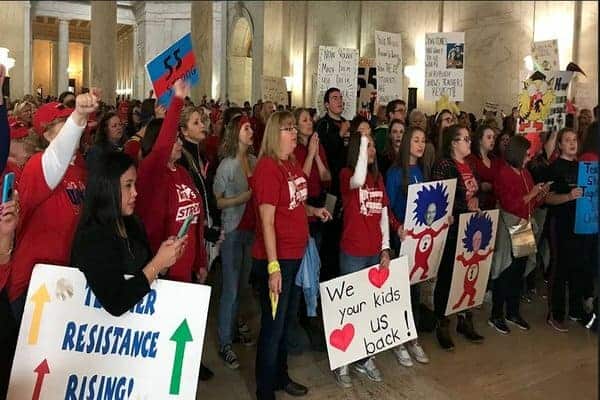