What kind of movement can end climate change?

But people from all sections of society are concerned. That has been shown on mobilisations like the 50,000-strong Wave protest in London last year, which brought together church groups, charities, trade unionists and students.

However many mobilisations since have been much smaller. Across the world the scale of protest doesn’t match the urgency of the problem. So how can we build bigger demonstrations? And what kind of movement can win change?

Environmental destruction flows from the system we live under. Capitalism is built around the competitive accumulation of profits—each boss is competing to make more money than the rest.

This leads to the plunder of the planet’s resources for short-term gains. The long-term implications for the planet are always less important than keeping companies profitable.

We can win reforms and force the bosses back over specific issues. So, a mass campaign could win more investment in public transport, for example.

But that won’t remove the profit motive at the heart of the system. The world’s most powerful companies make billions by polluting the planet. Stopping that requires more than appealing to their better natures—we need to challenge them.

Sometimes the scale of what’s required can seem overwhelming. But ordinary people have shown time and time again that they have the power to change the world.

Movements of ordinary people won the vote in Britain and ended apartheid in South Africa.

But some environmental campaigners see change coming in a very individualistic way and this can end up weakening the movement.

Nobody would seriously suggest that a myriad of individual actions alone can stop a war. But some say that if enough people recycle, don’t drive a car and fly less, we can save the planet.

We can’t accept moralistic arguments that stress individual sacrifice. They blame people for things they have little control over and allow the big carbon‑intensive companies to continue polluting.

Most working class people can’t afford to properly insulate their homes and cut energy use.

But the government could begin an emergency insulation programme. It could invest in public transport to encourage people not to use cars.

Fighting climate change is a social question, not an individual one.

Many campaigners think that because we all depend upon the planet for our survival we can successfully appeal to those in power to act.

But, even though a nuclear war would wipe out the rich and powerful as efficiently as it would workers, our rulers have stayed committed to building up ever bigger nuclear arsenals to defend their competitive edge.

Ordinary people can see it is logical to make society greener, but those who profit most from using dirty energy sources on the cheap want to squeeze every last drop out of them. They won’t scrap them and risk their competitive position by investing in wind turbines instead.

The revolutionary Karl Marx described how, even when those in power can see the destruction they are causing, they will continue and hope others pay the price.

If we don’t challenge capitalism, we end up accepting capitalist “solutions” to climate change—that poorer countries industrialising are the problem, for example. These set workers against each other and leave the bosses unscathed. The widespread feeling that climate change must be tackled is a good basis for building mass campaigns. Linking them to class demands will strengthen them.

We should take the demand for a million climate jobs into every union branch and use it to put pressure on the government. We should link the fight to save the planet to the Right to Work campaign and other anti-cuts initiatives.

We live in a world divided between a tiny minority who will trash the planet to make a quick buck and the rest of us who will pay the price.

We should remember that class divisions can’t be transcended in a joint fight for the planet. We have to smash the class interests of the bosses to win a world where the environment is protected.

Defend a woman’s right to choose 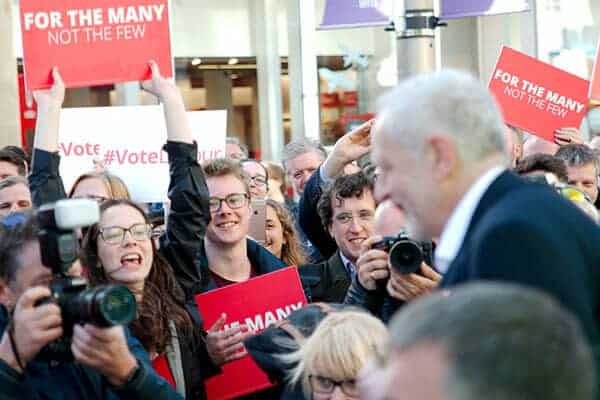 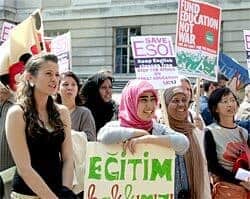 Demonstrating for Esol: out to stop language cuts