What next in Bolivia?

This article is over 16 years, 4 months old
In June an uprising of hundreds of thousands swept through Bolivia. Luis A Gomez writes from La Paz on the debates that have followed
Downloading PDF. Please wait...
Saturday 10 September 2005

If we accept that a fourth world war has begun — launched through globalisation and neo-liberalism by the economic and political powers of the “developed” North — then the strength shown by the Bolivian social movements has made this country a frontline in that war.

From the defeat of the multinational Bechtel, which sought to privatise water in the third largest city, Cochabamba, to the forced resignation of two presidents, the Bolivian people have demonstrated that they are in the vanguard of this new fight.

However, we must understand that although this conflict resembles the old conflict between capital and labour, it cannot simply be explained with the theoretical tools the left has applied in the past.

Here I will attempt to “translate” what I’ve learned over these years — mainly through my relationship with the indigenous Aymara people.

And I will share my perspective on what is going on and what is possible as Bolivia marches towards a new stage in the war — the general election to be held 5 December.

Much has been said over the last few centuries about the need for unity. The left, worried by its perpetual weakness inside the political system, has seen unity as the magic formula for building a strong foundation for the fight.

The slogan, “working men of all countries, unite”, has been heard many times before, and during the 20th century it came to mean a politically aligned concentration of strength, abilities and people.

In Bolivia in recent years, unity has been impossible due to a number of factors — different histories, different methods of organising, differing traditions, and so on.

Yet, in spite of this, I’ve seen how the coordinated efforts of hundreds of thousands of people have defeated the army and police, and toppled two governments.

Maybe Marx’s 1848 appeal for unity could be now reissued in a different way. The Bolivian social movements have demonstrated that even in their great diversity they can win victories.

So unity may not strictly mean concentration here, but instead a rich product of history — including community traditions and “horizontal” debate and discussion.

The Bolivian movements have powerful and vibrant traditions — in work, organising and in their relationships with one another. They pay more attention to reciprocity, the sharing of everything from food to ideas, than political alignment. And their effectiveness relies on respect, common sense and, most of all, dialogue.

Elections, such as those called for December this year, mean concentration — a process in which diversity dissolves. And in Bolivia, where diversity is highly respected, elections could become a time of weakness for the movement.

“Why seize the power of a state carefully designed against us?” I once asked an Aymara military leader. “Good question,” he replied. A few weeks later, while walking through his town, the Aymara leader recalled my question.

He said, “Last May and June, we were not sure what to do next, if we should take the presidential palace and the congress. That’s why we didn’t.

“Now, we want to rule our lives here, in our territory. And if we do so effectively, well, we’ll then be prepared to rule Bolivia… and maybe we’ll recreate everything from below over the ruins of their state and governance.”

For me, the question remains hanging in the air. Should we “go into battle on their ground”, contesting elections designed by the white ruling class that dominates Bolivia? This is not a response from below.

Some parts of the movement, mostly those who support the coca farmers’ leader Evo Morales and his party, Movement Towards Socialism, are engaged in what they see as “a last chance to win by seizing power”.

But the election is certainly not the last chance to win, since we’ve been winning much more with our diverse, historical political method. We have won in the streets, building our own alternative from below, and we’ve never really won through contesting elections.

Some could say this view is absurd. Well, Western rationality is one other thing in dispute here. Ignoring the importance of the state may be stupid, but diminishing its ability to rule the lives of Bolivian people, while at the same time building a new system of life, may not be.

Every social sector will participate in the elections. Some will search for the power to change things from the top of society, others will deploy part of their power to impede the right from regaining strength.

Evo Morales and his party could win the election. But they will not have enough power to change anything. They have no economic power, and no people with the know-how to bring about the changes needed.

It is from below that people more closely linked to their children’s needs, the needs of the future, can resist the mistakes he makes, and step forward in their own way to more victories.

Luis A Gomez is acting manager of the Narco News Bulletin www.narconews.com 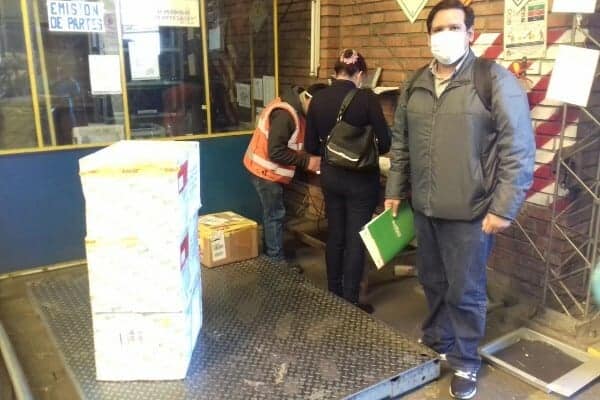 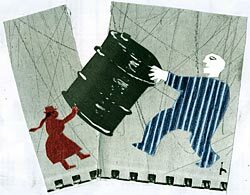 Rejecting the right in Bolivia

Bolivia climate conference: The poor take charge of battle for the planet