This article is over 16 years, 11 months old
Over the next few weeks, most of the key public sector unions are set to ballot for industrial action.
Downloading PDF. Please wait...
Saturday 19 February 2005

Over the next few weeks, most of the key public sector unions are set to ballot for industrial action.

The lecturers’ union, Natfhe, is balloting its 67,000 members from 10 March, with 14 April named as the possible first strike day.

Members of Unison in higher education are likely to follow the same procedure.

Britain’s biggest teaching union, the NUT, could join this day of action, depending on the results of an indicative survey taking place from 14 and 28 February.

This would be the union’s first national ballot since 1986, but it is likely to counted area by area.

This would mean that those areas with a high yes vote and a good turnout would be called out for strike action.

Strikes in education would be the second wave of action over pensions.

The ballot of 800,000 local government members of Unison was set to begin on Friday of this week and is to close on Wednesday 9 March.

The 290,000 members of the civil service workers’ PCS union plan to ballot from Monday of next week until 11 March.

Both the PCS and Unison are balloting for “discontinuous action”.

This means that the unions could strike on more than one day without having to ballot their membership each time.

The PCS has already indicated that it would be willing to join the possible strike day planned by Natfhe for 14 April.

Three general unions that have sections in local government—the T&G, Amicus and Ucatt—are balloting their members who are part of the local government pension scheme for a one day strike.

The ballot in the T&G, which organises 80,000 mainly manual workers in local government, is set to begin next Monday and close on 9 March.

Amicus, whose local government section has around 20,000 members, is set to start its ballot on 21 February and finish balloting on 10 March.

Ucatt has 20,000 members in local government. Their balloting period is, provisionally, from 25 February to 10 March.

The firefighters’ union, the FBU, finished an indicative ballot of its 52,000 members this week. Its executive was discussing holding a full ballot as Socialist Worker went to press.

In Northern Ireland Nipsa, which represents 40,000 workers across both national and local government, is set to ballot for action on 23 March.

The First Division Association, representing 13,000 of Britain’s most senior civil servants, is considering what campaigning steps to take. Industrial action has not been ruled out.

Prospect, representing middle grades, was also discussing this week what action it would take. 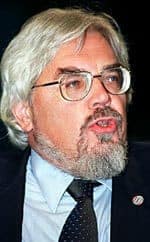