When British troops shot people down in the street

When British troops shot people down in the street

THE BLOODY Sunday tribunal is raising more ghosts than it lays to rest, which isn’t what Tony Blair intended when he announced the inquiry in January 1998. Then, the peace talks at Stormont were moving towards a resolution. The Belfast agreement was less than three months away. Bloody Sunday was one of the Nationalist grievances Dublin was pushing London to deal with.

Blair will have reasoned that the new tribunal under Lord Saville, proceeding in parallel with the peace process generally, would dispose of this particular item of injustice. More than three years on, the peace process is in danger of disintegrating. The inquiry, meeting at Derry Guildhall, has so far heard from only 270 of a projected 800 witnesses. Not a single soldier has yet taken the stand. The proceedings have become bitterly contentious. Unionists regularly deride the hearings as a sop to Nationalists. Nationalists increasingly doubt the willingness of a British tribunal to get to the truth about a massacre carried out by British forces almost certainly with the sanction of senior British politicians.

And, in a clear indication that the political and military establishment is minded to obstruct the inquiry, both the Ministry of Defence and the Home Office have sent lawyers to argue against the production of security documents directly relevant to the events under scrutiny.

Bloody Sunday refers to the killing of 14 civil rights marchers and the wounding of 12 others by British soldiers in the Catholic working class Bogside area of Derry in Northern Ireland on 30 January 1972. Protests against the second class citizenship of Northern Ireland’s Catholics had begun in the late 1960s with the launch of a mass civil rights movement. British troops were sent in in 1969 as the Unionist government lost control of the situation. But the crisis continued unabated.

In August 1971 Unionist prime minister Brian Faulkner, with the support of Edward Heath’s Tory government in London, began to lock opponents up without charge or trial. More than 340 men were taken to internment camps in the initial swoop.

Resistance was ruthlessly suppressed. The most notorious single incident was on the night internment was introduced, 9 August. In and around a small field in Belfast’s Ballymurphy estate in Belfast, six unarmed people, including a mother searching for her children and a priest giving the last rites to a mortally wounded teenager, were shot dead by British soldiers. Such was the fear that it wasn’t until Christmas 1971 that large-scale protest against internment was attempted. The Derry march on 30 January 1972 was one in a series of demonstrations which followed.

Enraged Unionists demanded that the British army drove the march off the streets. It wasn’t just that the demonstration was illegal-internment was accompanied by a ban on protests against it-but that the Derry march was scheduled to begin in the heart of the Bogside-Creggan “no-go area”. The no-go area dated from internment in August when local people barricaded every entrance to the Bogside and Creggan to prevent further swoops. The writ of the state ceased to run across a swathe of working class territory of more than 30,000 people.

Rioting erupted at the edge of the area virtually every afternoon. Two wings of the IRA-the “Officials” and the “Provisionals”-although still very much in a minority, began operating openly within the area.

AT STORMONT Faulkner came under increasing pressure from Ian Paisley’s party and right wing elements in his own Ulster Unionists to have the RUC and/or the British army smash the barricades. Documents obtained by the Saville tribunal show that senior army officers and Tory ministers in London came to share the outrage of the Unionists at the presumption of working class people taking control of the area they lived in. One key document, dated 7 January 1972, 23 days before the massacre, was written by the British army’s Commander of Land Forces in the North, Major General Robert Ford.

It summarises the outcome of a meeting between Ford and the “Strand Road Traders’ Association”-a group of Unionist businessmen in Derry city centre. Ford quotes the traders demanding measures including “curfews and shooting on sight”, and indicates sympathy with this view: “I am coming to the conclusion that the minimum force necessary…is to shoot selected ringleaders among the Derry young hooligans after clear warnings have been issued… In other words we would be reverting to the methods of IS [internal security] found successful on many occasions overseas.”

This view then surfaces at Downing Street four days later. Another document reveals that Heath told his cabinet committee on Northern Ireland, “As to Londonderry, a military operation to reimpose law and order would be a major operation necessarily involving numerous civilian casualties.”

There is no indication that anyone present-home secretary Maudling, defence minister Lord Carrington, foreign minister Douglas-Home, future Northern Ireland secretaries William Whitelaw and Francis Pym, chief of the general staff Sir Michael Carver, and a number of senior civil servants-expressed surprise or concern at the suggestion of “numerous civilian casualties”.

Two days after that, at a meeting of Faulkner’s security committee at Stormont, the General Officer Commanding in the North, Harry Tuzo, reported, “Following a meeting with businessmen in Londonderry, certain measures were in mind with a view to putting down the troublesome hooligan element there. It was, of course, a very difficult problem to solve within the law.”

Again, no one present-Faulkner, his deputy John Taylor and the chief constable of the RUC, among others-reacted to the suggestion of a solution not “within the law”.

This was the background to the decision to send in the Parachute Regiment to deal with the Derry march. The 270 witnesses at the tribunal so far-Derry civilians, civil rights organisers, and British and Irish journalists-have provided vivid evidence of paratroopers opening fire with self loading rifles on fleeing unarmed civilians.

THE PARACHUTE Regiment are a curious phenomenon. Formed during the Second World War with a view to inserting large-scale forces behind enemy lines, they were soon redundant.

By the time of the Korean War, their specialist function was being more efficiently filled by helicopter-borne infantry. Since then, despite the cherished cap badge of a set of wings either side of a parachute beneath the crown of the reigning monarch, the self image of this “elite” cannot be sustained by reference to parachuting into battle or, indeed, to parachuting at all.

What’s left, what leads them still to refer to all other regiments as “crap hats”, is a readiness to do things in battle which “ordinary” soldiers might balk at.

In the Falklands the Paras notoriously collected the ears and other bodily appendages of Argentine conscripts they had killed, some after surrender. Physical strength, mental toughness, a willingness to inflict and endure great pain, a tendency generally to regard extreme violence as congenial-these are among the essential qualities of the Para, displayed over the years on “internal security” missions in Kenya, Malaya, Cyprus, Aden and Northern Ireland. A number of Paras who have made written statements to the inquiry claim that they were told before setting off for Derry to “get some kills”. Even without that, the Paras, given their well established role and reputation, would have been expected by those who deployed them to try to “get some kills” in Derry. The key question is this. At what level, and on the basis of what expectation, was the First Battalion of the Parachute Regiment sent to Derry to deal with the 30 January march?

Did the British government of the day, in order to save the political skin of a right wing Unionist prime minister at Stormont, connive at, or directly procure, the killing of unarmed civilians? It is primarily in order to answer that question that lawyers for the families of the victims want all documents relating to Bloody Sunday released. They suspect that current New Labour home secretary David Blunkett and defence minister Geoff Hoon do not want the key question answered, and that this is the reason they have issued a confetti storm of public interest immunity applications to prevent publication.

Tony Blair ordered the Saville inquiry with a public show of concern to remedy grievous injustice inflicted by a previous Tory regime. Two of his ministers are now obstructing the inquiry in the interests of the same Tory bosses and the military top brass.

How this matter is resolved will tell as much about New Labour’s bona fides in relation to peace in Northern Ireland as any other issue currently in dispute. 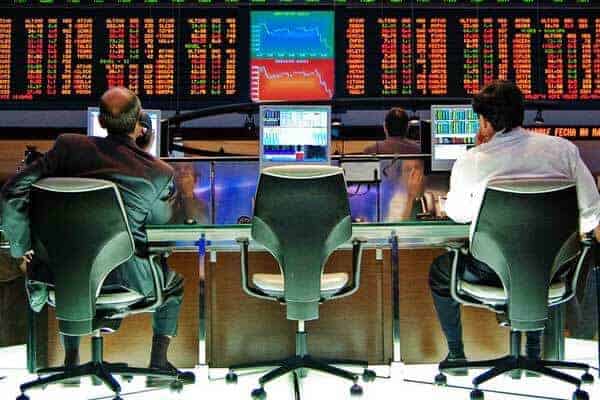