Where next for the sparks?

This article is over 10 years, 1 months old
The employers are rattled by the unofficial strikes and protests. They made MJN Colston back off from breaking the JIB agreement.
Downloading PDF. Please wait...
Tuesday 13 December 2011

The employers are rattled by the unofficial strikes and protests. They made MJN Colston back off from breaking the JIB agreement.

After protests in Manchester, Balfour Beatty lost the second part of a job at Carrington Paper Mill.

The Besna companies have failed to get permission to get their own skills card, which is a central part of their plan to control the jobs.

The Besna companies have called in conciliation service Acas for talks with Unite, set for this Thursday.

Many workers are wary of the idea of holding Acas talks over the tearing up of the national agreement.

The new contracts were sent out to workers this week. Unite needs to up its game and put out clear calls for workers to join the protests. It needs to provide support for workers so they know they don’t need to sign the new agreement.

That means reps going onto sites and attending all meetings bosses attempt to have with workers.

Unite is re-balloting the Balfour Beatty workforce. It has also said it will ballot two other companies, but has yet to announce which ones or when.

There is the potential for a huge day of action in January. In the build up to that, workers were set to protest again this Wednesday.

That shows the potential to shut the industry down—and not just beat the new agreement but turn the tables on the building bosses across the country. 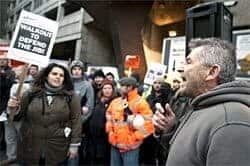 Wave of walkouts shocks the bosses 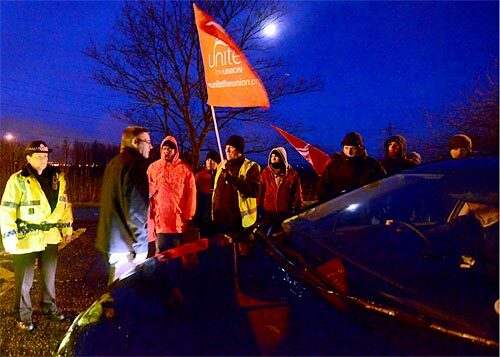