This article is over 12 years, 11 months old
The economic crisis is hitting Britain and the US hard, writes Graham Turner, but they are not the only countries that will suffer
Downloading PDF. Please wait...
Tuesday 03 February 2009

The International Monetary Fund (IMF) put Britain at the bottom of the class in its revised forecast for the world economy last week. At the World Economic Forum meeting in Davos, Switzerland, Gordon Brown was forced to refute suggestions that London was now “Reykjavik on The Thames” – a reference to Iceland’s economic crash.

The IMF’s prediction for Britain is plausible. The steep contraction witnessed thus far does not reflect the likely scale of reduction in financial services.

It largely reflects a rapid hit to services that depended on the high incomes of employees in the financial sector.

Nevertheless, Britain may not end up being the worst performer. The projection for the US, pointing to a decline in gross domestic product (GDP) of 1.6 percent, seems a tad optimistic too.

Investment spending there has collapsed. The rise in US unemployment is accelerating too and is sure to feed back into deeper falls in house prices.

The payroll report on Friday of this week could see job losses rise above 600,000 in January. One in seven American workers may be jobless or forced to work part-time.

Britain’s GDP may well shrink by 2.8 percent. Even if it remains unchanged for the rest of 2009, it would have fallen by 1.4 percent compared with 2008.

The real problem for Britain is the lop-sided significance of its service economy and the nature of growth during the boom.

While financial services were the engine, “retail and wholesale trade, hotels, catering, repairs, transport, storage and communications” – in short most other services – boomed.

They have so far taken the brunt of the decline. Indeed, the important category of business services and finance, which accounts for an outsized and unsustainable 29.9 percent of the economy, has only shrunk 1.1 percent.

This is less than the 2.1 percent drop in GDP witnessed over the last six months. These declines may well accelerate. The cutbacks in financial services are spreading to “ancillary” companies, such as accountants. Accounting giant KPMG is negotiating to put its staff on short-time work.

The yield on 30-year US Treasury bonds has now risen over 1 percent since 18 December. Because of the timespan, investors expect a healthy return on it.

This rise reflects the Federal Reserve’s inaction over the economic crisis.

It needed to commit to buying US government bonds, but instead believed so-called “credit easing”, improving credit conditions for households and businesses, was a more effective way of delivering lower mortgage rates.

According to a report from the Mortgage Bankers Association last week, the 30-year mortgage rate has indeed fallen by just over 1 percent since early November. But the fall has not been enough. The US housing market is spiralling down.

The latest new home sales report in the US was an intense disappointment. There were 196,000 new completed homes available for sale in November, a fall of just 3,000 from the January 2008 peak.

Even with the Federal Reserve’s interest rates close to zero, US monetary policy remains far too tight to stabilise the housing market. For that reason, the risk that the stock market will slip to new lows remains high.

That would certainly hurt the British economy. It would accelerate the contraction in services and make even the IMF’s forecast too optimistic. The decline in GDP could on this scenario comfortably exceed 3 percent

There is clearly no sign of house prices in Britain stabilising despite the recent cut in mortgage rates. Ironically, the Bank of England is succeeding where the Fed has largely failed, because the mortgage market is structured differently.

Rates in Britain are coming down more quickly. However, for first time buyers, the reduction in borrowing costs has been more limited and the required deposit has climbed sharply.

But there has been a significant increase in new buyer enquiries, and ordinarily that might be grounds for optimism in Britain.

Events in the US and the Fed’s failure to embrace quantitative easing – where the central bank buys government bonds – are a major risk for the British economy.

Even if Britain contracts more than the IMF suggests, it may still not be “bottom of the class”.

That dubious distinction is likely to go to Japan. Friday’s industrial production report was worse than expected, with output falling by 9.6 percent month on month and 22.5 percent year on year.

Experts expect production to keep falling. Japan’s manufacturing was a hefty 23.2 percent of real GDP in 2007 – a much larger share than in the US or Britain. These rates of decline in output point to an enormous, depression-style hit to growth.

Japan’s economy could conceivably shrink by more than 5 percent this year. Britain’s recession will be worse than the IMF projected. But it will not be alone, and it may not even be the worst affected by the global slump. 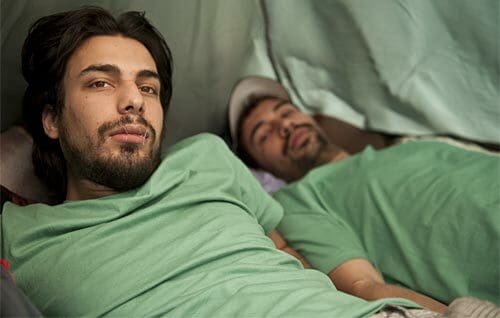