Who profits from high fuel prices?

Who profits from high fuel prices?

WE ARE not “all in the same boat”, suffering from high fuel prices, as the protest leaders pretend. High fuel prices hit many ordinary people hard. Pensioners pay more in the shops as the supermarkets pass on increases in freight costs. Workers see fares soar or more of their pay go to transport as many have no alternative to the car.

People who heat their homes with untaxed fuel oil have also seen a price rise of 11 percent in the last year-entirely due to the profiteering of the oil companies, not tax rises. The rich don’t get clobbered by petrol price rises-people on 12,000 a year struggling with a mortgage and a car do.

The big rail and bus firms have not been hit by rising fuel costs. They simply make us pay and ratchet up the profits. Last week Stagecoach chairman Brian Souter reported profits up 11 percent in a year to 243 million. Go-Ahead, another bus and rail firm, reported profits up 9 percent to 47 million.

The privatised transport companies taken together get almost 3 billion in subsidies every year. They use that cash for their directors and shareholders, and force up prices for ordinary people. Many rail fares have more than doubled since privatisation, and are 40 percent more expensive on average than 30 years ago.

The rail and the buses should be renationalised and their profits used to force down fares.

THE TRADES Union Congress met in Glasgow this week amid the greatest turmoil the Blair government has yet faced. For the first two days of the congress the union leaders managed not to even mention the fuel crisis. Then major union leaders spoke out, but only to back up Tony Blair.

Bill Morris of the TGWU said he would not give into “anarchy”. Ken Jackson of the AEEU issued a statement attacking the protests. Only Arthur Scargill, of the NUM miners’ union, gave some flavour of what is really needed. “It’s about time the [union] leadership got hit by a French baguette and got some Seattle spirit,” he said.

Oil giants rake it in

THE GIANT oil companies have rarely had it so good thanks to soaring oil prices. The top five are on course to make a record profit of well over 30 billion this year.

What the organisers of this week’s protests won’t say is that these companies are more responsible than the government for keeping prices high.

The government should squeeze the oil companies to find the money for pensions, the NHS, education, and improved benefits and tax reductions for the low paid.

BIG ROAD haulage firms are raking in vast profits, not going bankrupt. TNT, the biggest firm, made 351 million profit in the first six months of this year.

Eddie Stobbart, another major haulier, is so patriotic that the firm has moved abroad to avoid having to pay charges.

Hauliers celebrated the New Labour government’s last budget because they were granted almost everything they asked for. The Fuel Duty Escalator was abandoned. Vehicle Excise Duty fell sharply for freight traffic and 44-tonne lorries were allowed to come to Britain.

At present just 6 percent of freight in Britain is carried by rail. A properly planned system run for public need would take massively more freight off the roads and carry it by train.

TONY BLAIR has put oil company executives at the centre of his government.

oil taxation. New Labour has made him minister for trade and competitiveness in Europe.

ORDINARY PEOPLE are understandably angry that the price of petrol has gone up. Since the start of the year a family running a car is having to pay another 8 a week in petrol costs. At the same time they are told by the bosses and government to keep their wages down.

Workers and people in need, such as those with young families or a disability, should not have to pay the price of the market system which has driven up fuel prices. In the short term the government and oil company coffers should be used to ensure workers don’t suffer.

That means increasing benefits and pensions. It means giving extra to workers forced to use cars. It also means making supermarkets cut their profits in order to pay small farmers enough to live on.

But such measures can only make sense as part of a wider fight for a rational transport system that moves away from dependence on cars.

New Labour has done nothing to tackle the underlying causes of the transport madness or the threat to the environment. John Prescott’s ten year transport plan unveiled earlier this year contains a 21 billion road building programme.

New Labour could use the billions it and the oil companies have made from rising oil prices to create a decent, cheap public transport system. That would massively reduce dependence on cars and safeguard the environment.

A free and properly organised bus service taking people to and from home, to school or to the shops would also help. In rural areas why can’t the bus companies be renationalised and a proper free transport service provided?

Car workers whose jobs are under threat could have their factories nationalised and their skills used to produce minibuses for public need.

The government can declare a state of emergency and issue whatever “regulations” it deems necessary. Police also said they could use powers passed under the 1994 Police and Criminal Evidence Act to arrest individuals obstructing the highway.

THE GIANT supermarkets, Tesco, Sainsbury’s, Asda, Safeway and Marks & Spencer, are all, or have recently been, members of the Freight Transport Association. This is the lobby group representing the interest of road hauliers. The supermarkets want lower taxes on fuel and lorries so they can make their already gross profits even fatter.

The Freight Transport Association campaigns against restrictions on lorries travelling through residential areas at night. It also opposes constraints on the size of lorries. And it wants increases in the speed limit for large lorries on small country roads.

This has all helped the supermarkets make record profits:

THE GOVERNMENT is not serious about taxes which might help the environment. It produced plans for a Climate Change Levy, a tax on the worst polluters who are fuelling the greenhouse effect.

Fierce lobbying was organised by the Confederation of British Industry and some of the biggest polluting culprits such as the British Oxygen Company. Ministers predictably gave in. The government offered major concessions involving rebates of up to 85 percent. 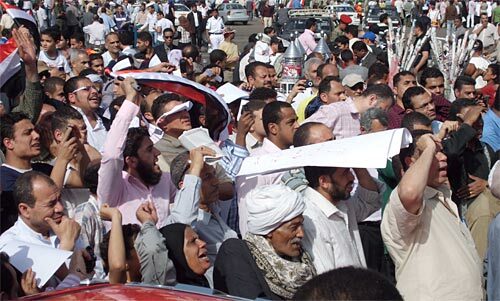 Struggle and solidarity in the streets of Cairo 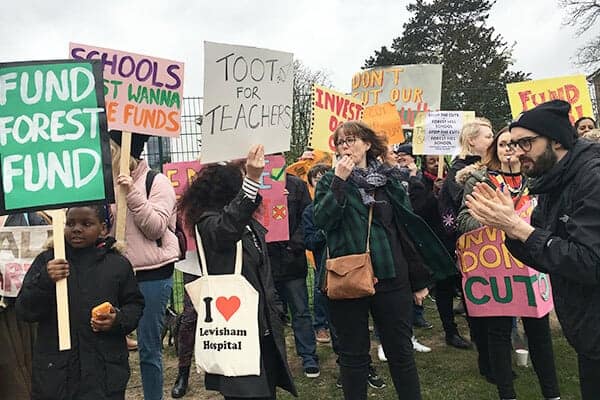 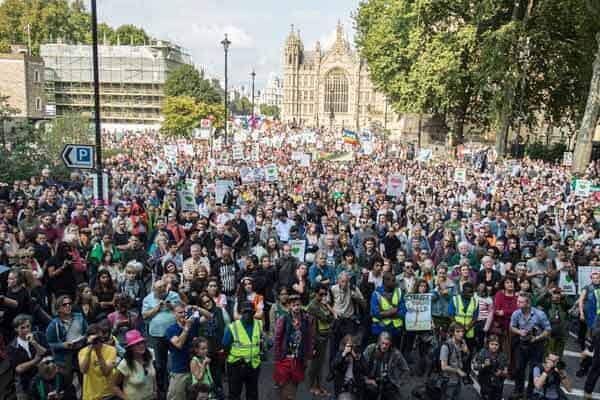 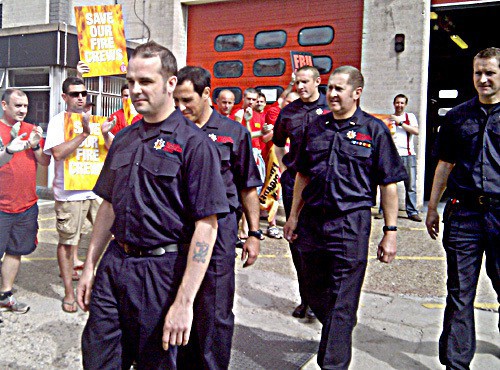