This article is over 8 years, 8 months old
By Judith Orr
Downloading PDF. Please wait...
Tuesday 07 May 2013

Ukip made gains partly by appealing to people who are angry at the mainstream parties.

A recent Yougov poll showed that 47 percent of Ukip voters said they wanted to “protest” at the main parties.

This was the third most common reason, after immigration and Europe.

Ukip wants people to see it as anti-establishment.

Yet its leader is a city broker and its treasurer is an Eton-educated investment banker.

The class basis of Ukip’s votes is mixed. A recent poll showed more Ukip voters owned their home outright than people who vote for any other party.

Ukip still hasn’t got a single MP in Westminster. And the 23 percent share it won in the council elections can’t be easily be projected to a general election.

More than two thirds of the seats contested last week were Tory seats and so more likely to attract Ukip support.

Some Ukip supporters have a fascist past. But Ukip is a populist racist party, not a fascist one.

It can grow out of despair at austerity, disillusionment at official politics and targeting immigrants as easy scapegoats. 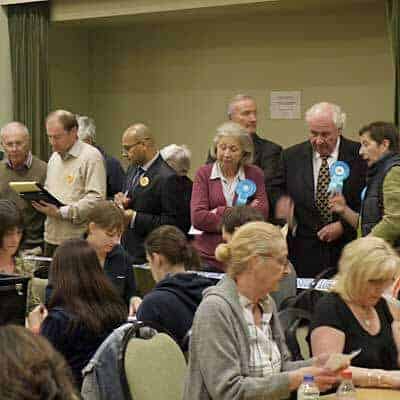 Tories lose out in local elections - resist the racists

Voters kick out the Nazis