Who was violent in Gothenburg?

Shot for protesting at rule of profit

Who was violent in Gothenburg?

TONY BLAIR denounced Gothenburg’s anti-capitalist protesters as a “travelling circus” bent on “causing as much mayhem as possible”. His words came as a young Swedish man lay fighting for his life in a Gothenburg hospital. Two other protesters were recovering from bullet wounds.

This “mayhem” came last Friday night when Swedish police drew their guns and opened fire with live ammunition on young people dancing in the streets. At first the police, politicians and media tried to claim police had been acting in self defence against violent protesters.

Then the truth emerged. The Swedish press had to admit the critically wounded man had been shot in the back as he was running away from armed police. Julian Coman, the Gothenburg correspondent for the Tory Sunday Telegraph, witnessed the shooting. He said he saw a man “in an anorak run to the police lines, taunting them.

“As one police officer took aim the demonstrator spun round and started to run for cover. A moment later his face grimaced and he clutched his back. After a few seconds he fell to the ground, bleeding profusely.” The pictures above show that this is exactly what did happen.

The shootings were the culmination of a savage police attack on peaceful protesters in Gothenburg. Only after the police violently attacked people were any stones thrown or windows broken by protesters. And now Blair and all of Europe’s rulers want to try to prevent people protesting peacefully at next month’s summit of the G8 richest countries in Genoa, Italy.

Blair’s new home secretary, David Blunkett, is threatening to invoke laws we were told were aimed at “football hooligans” to confiscate people’s passports and prevent them leaving Britain.

“THE EVENTS in Seattle, Prague and now here in Gothenburg are part of a worldwide movement which we in Bangladesh are part of. In agriculture the multinational corporations have devastated farming and farmers in my country. We have to fight against them and the World Bank and International Monetary Fund. It’s part of one struggle, worldwide.”

SOME commentators claim the European Union is different from other powerful capitalist institutions. But the EU is committed to exactly the same free market neo-liberalism as the IMF and the other institutions. It is promoting GATS (the General Agreement on Trade in Services) which is about giving big corporations a free hand in health, education and other services.

The driving force behind the EU’s free market policies is the European Round Table of Industrialists. This is a cabal of 47 bosses of some of the biggest multinational companies, including Nestl…, Unilever, BP Amoco, ICI, Marconi and BT.

EUROPEAN Union rulers are negotiating with Turkey’s government to bring it into membership as soon as possible. On the day Swedish police attacked demonstrators in Gothenburg, the Turkish government clamped down on anti-capitalists there.

Armed police raided the offices of Anti-Kapitalist magazine. The editor, Turkun Uzun, now faces a series of charges. One is for publishing a pamphlet called The European Union, Democracy, Human Rights and Struggle.

SOME 2,000 people protested in Athens in Greece on Friday at police attacks on the demonstrations in Gothenburg. That was before the police shot people down in the streets of the Swedish city.

After the shootings protests took place at Swedish embassies and similar focal points in Britain, Italy, Norway, Switzerland and towns right across Germany.

Gangsters who dress in suits

“THESE ARE well organised groups with good economic resources that will continue to disturb, but also destroy, the democratic process.” That was how Sweden’s Labour Party prime minister, Goran Persson, described anti-capitalist protesters. What a nerve. The vast bulk of those protesters are ordinary people struggling to survive on often low pay, or students with soaring debts. And they are demanding more democratic control over society. There is a group that fits Persson’s description.

But they are inside every world leaders’ summit, being wined and dined by the politicians. They are the corporations and their lobbying bodies which have billions of pounds at their disposal. None of these corporate chiefs were elected, yet they can walk in and make sure our governments hear their voice whenever they feel like it.

People are right to protest at that, and to take to the streets in massive numbers to defend real democracy against this corporate gang.

TONY BLAIR claimed the protesters were “wrong” to fight neo-liberal globalisation. “What the poor need is more free trade,” he said.

But even the International Monetary Fund’s European director Fleming Larsen admits, “The benefits of globalisation are distributed very unequally. The gap between rich and poor will grow.” Over 1.3 billion people now live on less than $1 a day. Around 19,000 children die every day because of debts owed to Western banks and governments.

Some 700 workers at its optical components plant in Devon will lose their jobs. The axe will also fall on workers at its sites in Maidenhead, London and Northern Ireland.

THE GOVERNMENT is to give a hand up to children… from private schools! New Labour is introducing a scheme to help “the gifted and talented”. But it will include those children who already have every privilege thrown their way in fee-paying schools. And to get a place on the scheme children will have to pass an aptitude test-weighted in favour of those from privileged backgrounds.

WORKERS IN Britain are also feeling the brunt this week of the reckless behaviour of big multinational corporations. GlaxoSmithKline, the world’s biggest pharmaceutical company, makes a massive 10,000 a minute in profits. Yet it wrecks people’s lives around the globe.

It is one of the companies that tried to stop the South African government producing cheaper copies of AIDS drugs. Now it is scrapping over 1,000 workers at its British plants in Liverpool, Plymouth and Durham. And it is threatening to shut down its Montrose factory, with the loss of another 720 jobs. Workers at the Liverpool plant do the vital job of making asthma inhalers. Asthma is massively on the increase in Britain. But this does not concern GlaxoSmithKline. 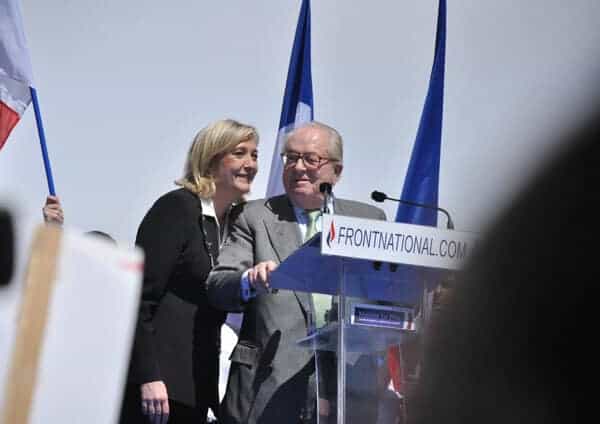 'We were right to go on strike' 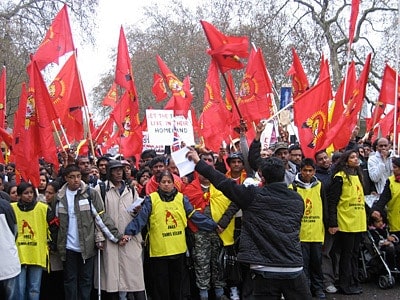