Why I’m fighting for asylum rights

This article is over 17 years, 9 months old
THAM SARKI, an asylum seeker from Nepal, is to appear before an immigration appeal tribunal on Tuesday 3 August at 10am at Taylor House, 88 Rosebery Avenue, London EC1 (Angel tube). He came to Britain in 2001, having fled Nepal’s civil war that
Downloading PDF. Please wait...
Saturday 31 July 2004

THAM SARKI, an asylum seeker from Nepal, is to appear before an immigration appeal tribunal on Tuesday 3 August at 10am at Taylor House, 88 Rosebery Avenue, London EC1 (Angel tube).

He came to Britain in 2001, having fled Nepal’s civil war that has claimed the lives of more than 8,000 people since hostilities began in 1996.

Tham spoke to Socialist Worker about his experiences in the resistance movement in Nepal and about his life as an asylum seeker.

‘I became involved with the Nepalese resistance movement when I was a student at the University of Pokhara (Nepal’s second city). As I am a Dalit, a member of a lower caste, the discrimination I faced angered me, and I wanted to do something about it.

All the best jobs and schools are denied to people from my caste. The only organisation that was fighting for equality were the Communist Party of Nepal (Maoist), and so I joined them.

It is dangerous to be active in Nepal.

I once had a threat from the police when campaigning for the right of low castes to worship at the Shiva temple. When you are threatened by the police, you know they mean it.

One of my comrades and also a district leader of the party were arrested. After we made an attempt to free them the police issued a warrant for my arrest.

It was then that I really feared for my life and went into hiding before boarding a plane to London. I thought that people here would sympathise with my plight, but the immigration officials treated me with contempt.

In January 2003 I went to sign on in Croydon, and they told me that my case had been dismissed and that I would be detained before being sent back to Nepal.

I was then bundled into a freezing police van and driven to the immigration removal and detention centre at Gatwick airport. I hadn’t had any food for the whole day, and I was feeling exhausted, confused and very depressed.

As I sat on my bed I contemplated the reality that I was going to be sent back to Nepal, where I would be put into prison and tortured. I could hear the roar of planes taking off from Gatwick airport every five minutes, which constantly reminded me that I could be on the next flight.

After ten days I was hopeful of being released. Instead I was rudely woken at 5am and to my horror I realised I was going to be taken somewhere else, but they didn’t tell me where.

I was driven to Dover in the same freezing van along with other unfortunate human beings, and told I would be removed to Nepal on 3 February 2003.

Thankfully supporters of my campaign had obtained a new legal team, who immediately submitted a judicial review, and I was released.

I’ve been really moved by the support I have had in Britain. More than 1,000 people have written to David Blunkett asking that I be allowed to stay here.

The campaign has raised money at social events. We had a football tournament which was attended by the actor Maureen Lipman, who has given me a great deal of support.

I would like to thank all of the readers of Socialist Worker for their support—this has given me the strength to carry on.

People coming to lobby the hearing make a real difference. It gives hope to other asylum seekers that not everyone agrees with the Daily Mail. So I hope to see another good crowd on Tuesday.’

London Met: the fight is on to save education 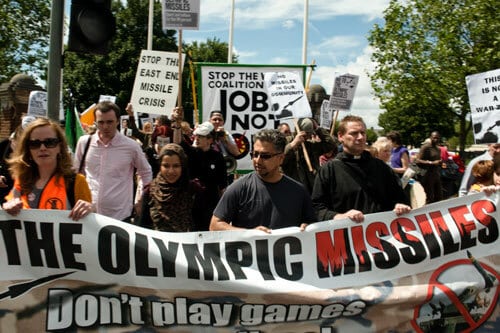 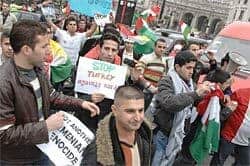 Kurds march in London against Turkey's plans to invade Iraq