Why they must be stopped

Why they must be stopped

THE NAZI British National Party (BNP) hopes to capitalise on the bitterness and disaffection many people in Britain feel at what is happening to their lives. BNP leader Nick Griffin tries to pose as a spokesperson for white people on rundown estates in the north west of England who feel abandoned by established politicians.

Yet Griffin has nothing in common with working class people. He is a thug who was educated at a public school and went to an elite college at Cambridge University. Griffin is from a wealthy family. He lives off his wife’s income and a legacy left to him by a relative.

He aims to con people into voting for Nazis, and get Nazis elected onto local councils as they have been in countries like France, or even into government as in Austria. But behind the attempt to appear respectable and win votes stands a different reality.

Every speech Griffin makes encourages violence, and he knows it. Last weekend an Asian family of seven narrowly escaped death after their home was firebombed In Accrington in Lancashire. Griffin’s words give confidence to the minority of racist thugs to turn his words of hate into racist attacks. That is why the Nazis have to be stopped.

We have to unite to drive them off the streets and off our TV screens. Griffin boasts that he aims to build by looking to “force, not rational debate”. John Tyndall, a BNP candidate in south London and former party leader, has said, “We are building a well oiled Nazi machine.”

The Nazis will use any right they are given to hold a demonstration, meeting or media debate to crush everyone else’s rights. But they can be stopped.

In the north west people are organising to expose the Nazis for what they are. The Anti Nazi League has had a tremendous response from local people. In other towns and cities people can mobilise anti-Nazi support for the planned carnivals and demonstrations in Oldham and Burnley this autumn.

GRIFFIN WANTS to build a street-fighting group of Nazi thugs. He spelled his plans out to undercover reporters from the anti-fascist magazine Searchlight in 1997.

“The suggestion we have is a European martial arts association, something separate from the party,” he told the reporters.

“It’s a cover organisation. It’s a feasible cover, whereby to allow us to organise a group of young men. We have to have a body of trained young men who are capable of defending our operations.”

Bomber was once member

DAVID COPELAND, the Soho bomber who killed three people and injured over 100 people in April 1999, was a former BNP member.

He said, “My aim was political. It was to cause a racial war in this country. There’d be a backlash from ethnic minorities, then all the white people would go out and vote BNP.” The bombing was the logical conclusion of the racist politics of the BNP.

RACIST ATTACKS increase dramatically wherever the BNP spreads its racist poison. In the wake of the BNP election victory in a local council by-election in Millwall in 1993, racist attacks in the area rose by 300 percent.

When the BNP had its headquarters in Welling, racist attacks rose by 210 percent and there were four racist murders in the area, including that of Stephen Lawrence. Attacks on Asians are increasing in Lancashire after the BNP electoral successes in Oldham and Burnley.

THE BNP is stuffed full of racist thugs. It claims it is the party of law and order. But almost all of its leading members have, like deputy leader Tony Lecomber, been convicted of violent attacks. 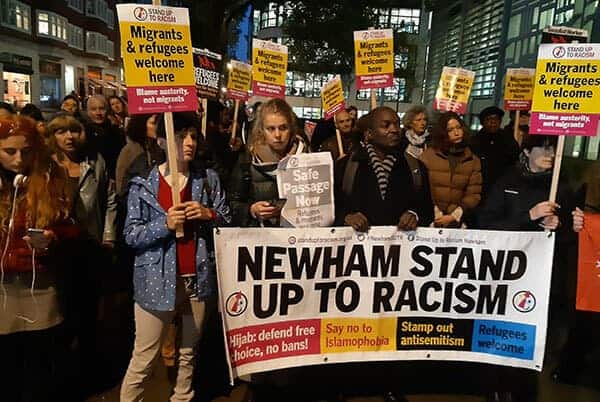 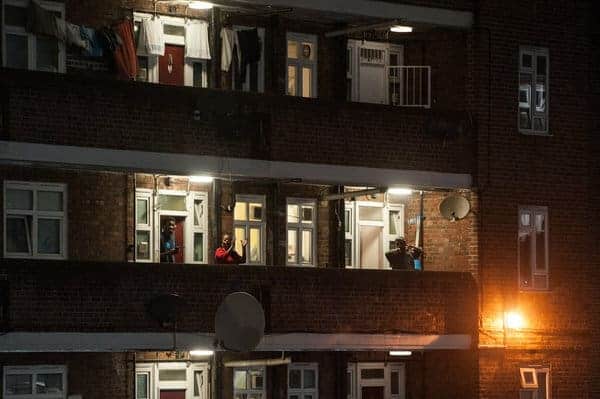