This article is over 11 years, 0 months old
The British government has been training a Bangladeshi paramilitary death squad, leaked US embassy cables have revealed.
Downloading PDF. Please wait...
Tuesday 04 January 2011

The British government has been training a Bangladeshi paramilitary death squad, leaked US embassy cables have revealed.

Members of the Rapid Action Battalion (RAB), which has been responsible for hundreds of murders in recent years, have received British training in “investigative interviewing techniques” and other areas.

Details of the training were revealed in cables released by Wikileaks that address the counter-terrorism objectives of US and Britain in Bangladesh.

Since the RAB was established six years ago, it is estimated by human rights activists to have been responsible for more than 1,000 killings, described euphemistically as “crossfire” deaths.

Members of the paramilitary force have been involved in kidnap, extortion and torture.

They frequently take large bribes in return for carrying out crossfire killings.

The RAB was used against striking garment workers last year.

The cables reveal that Britain and the US are in favour of bolstering the force.

They argue that the “RAB enjoys a great deal of respect and admiration from a population scarred by decreasing law and order over the last decade”.

Another cable quotes British officials as saying that they have been “training RAB for 18 months in areas such as investigative interviewing techniques and rules of engagement”.

The cables make clear that British training began three years ago under the Labour government.

But the foreign office says that the British government continues to “provide a range of human rights assistance” in the country. 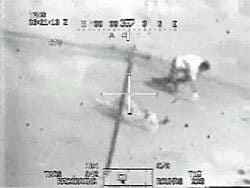 US tortures its own soldier over Wikileaks