Workers at a south London pub have declared victory after ending an indefinite wildcat strike.

The workers at the Ivy House pub in Nunhead, Southwark, say bosses gave in to all of their demands on Tuesday—the third day of the strike.

Members of the Bfawu union launched the strike on Sunday, days after four workers on zero hours contracts were effectively sacked with no reason given. 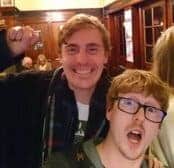 They demanded an end to zero hours contracts at the pub, recognition of their union, and that the four were either reinstated or allowed a proper disciplinary process.

After almost three days of action, the strikers announced that bosses had “written to us with an offer agreeing in full to all of our terms and we have voted to accept”.

“Victory to the workers! If you strike you will win!” they said.

James, one of the strikes organisers, told Socialist Worker, “Everyone is celebrating—it’s like a shadow has been lifted”.

The workers all voted to strike after the four were told without explanation that they would get no more hours and were barred from the pub.

They were determined not to go back to work until the pub’s management committee had agreed to all of their demands. They took bosses to task in negotiations and never agreed to anything without first discussing and voting on it in street meetings outside.

They were boosted by supporters on the picket lines each day—including local residents who used the pub.

The pub boasts of being London’s “first cooperatively owned pub”. It is run by a management committee but owned by some 371 community shareholders, most of them ordinary people from the surrounding neighbourhoods.

Many of those who stopped to support the strike were shareholders—and most were outraged to discover the pub used zero hours contracts.

Messages of support—and donations to the hardship fund—also poured in.

“A lot of people put a lot of pressure on the committee,” said James. “We’ve been completely overwhelmed with the support.

“We’ve had donations, hundreds of retweets, and 400 people signed our petition on the stall outside.”

The deal to end the strike means the committee will now begin moving current workers to fixed hours contracts and offer future workers the same.

The four are now back on the books but are suspended with basic pay, backdated to last Wednesday, until a disciplinary process has ended. They are also guaranteed the right to appeal any decision if they need to.

They had yet to be told of the accusations against them. But the strikers have shown they’re prepared to stick together.

“We won this strike by sticking to our demands,” said James. 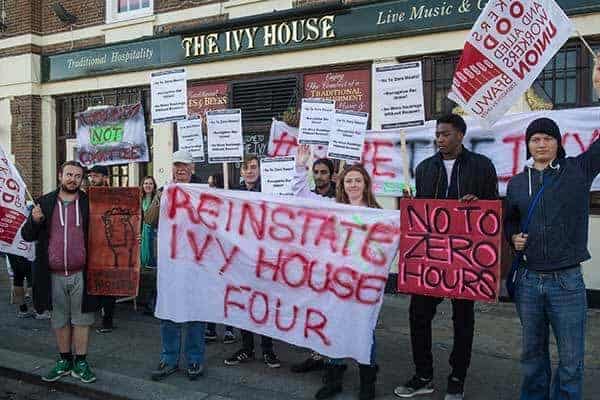