Will Blair kick out the RMT?

This article is over 18 years, 6 months old
THE LABOUR Party has threatened to disaffiliate the RMT rail union for allowing union members to decide on where their subs go.
Downloading PDF. Please wait...
Saturday 17 January 2004

THE LABOUR Party has threatened to disaffiliate the RMT rail union for allowing union members to decide on where their subs go.

The RMT’s conference voted last year to open up the union’s political fund, allowing it to be used to back election candidates whether they were members of the Labour Party or not.

The vote at the conference was 43 to five. RMT general secretary Bob Crow made clear in the debate that the resolution would allow for affiliation to, for example, the Scottish Socialist Party (SSP).

Now five RMT branches in Scotland have asked for, and got, the national executive’s permission to affiliate. The whole Scottish Region is seeking affiliation.

Now the Labour Party’s deputy general secretary, Chris Lennie, has written to the RMT. He is also the Blairite functionary who put the case for George Galloway’s expulsion from the party at the leadership’s kangaroo court last year.

His letter says, “The Scottish Socialist Party is opposed to the Labour Party. The decision of the executive to approve the application of five branches of the RMT to affiliate to the SSP constitutes a fundamental breach of the rules and amounts to a repudiation of the RMT’s affiliation to this party. Unless the decisions are immediately revoked the matter will be reported to the National Executive Committee with a recommendation that the RMT be treated as disaffiliated from this party forthwith.”

The RMT has responded by calling a special conference to be held in Glasgow for 6 February which will discuss reaffirming its policy from last year.

RMT branches are discussing the issue in the run-up to the conference. “We will not be intimidated by the New Labour hierarchy,” says Brian Munro from the RMT’s London Region. The sooner we back a socialist alternative to Labour, and not just in Scotland, the better.”

The forerunner of the RMT moved the resolution that set up the Labour Party 104 years ago.

If Labour move against the union now, it will create a backlash in every union that is affiliated to the party.

Is there a blacklist on the oil rigs? 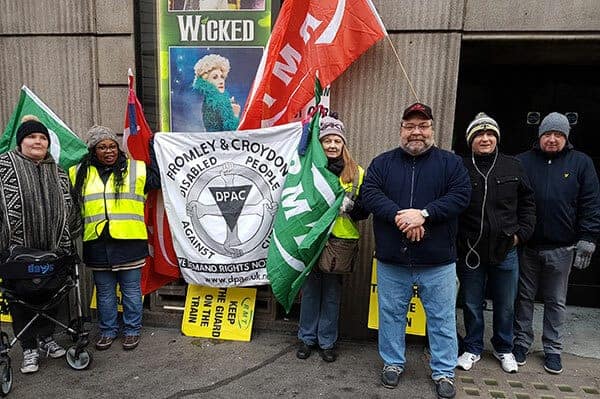