Will Trump herald a return to Britain?

US president Donald Trump could be planning another visit to Britain.

The Sunday Times newspaper reported that Trump might come for the 75th anniversary of D-Day on 6 June.

He will use the anniversary of the Allied invasion of France during the Second World War to posture about US imperial might in the world.

Trump must be opposed.

A carnival of resistance met Trump when he came to Britain last July. Around 250,000 poured onto the streets of London—and thousands more joined protests in towns and cities across Britain.

Workers, students, anti-racists, women’s groups, black, white, Muslim and LGBT+ people were all out together.

Protesters hounded Trump on the stops of his visit—from Scotland to Blenheim Palace in Oxfordshire.

People must fill the streets again if Trump dares to come in June.

Mass protests against Trump will boost people everywhere fighting back against the right and racism. 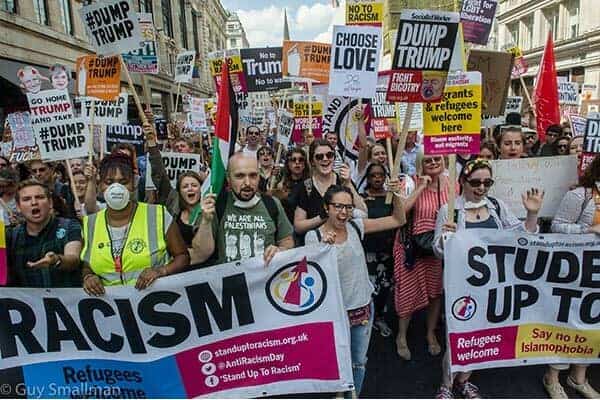 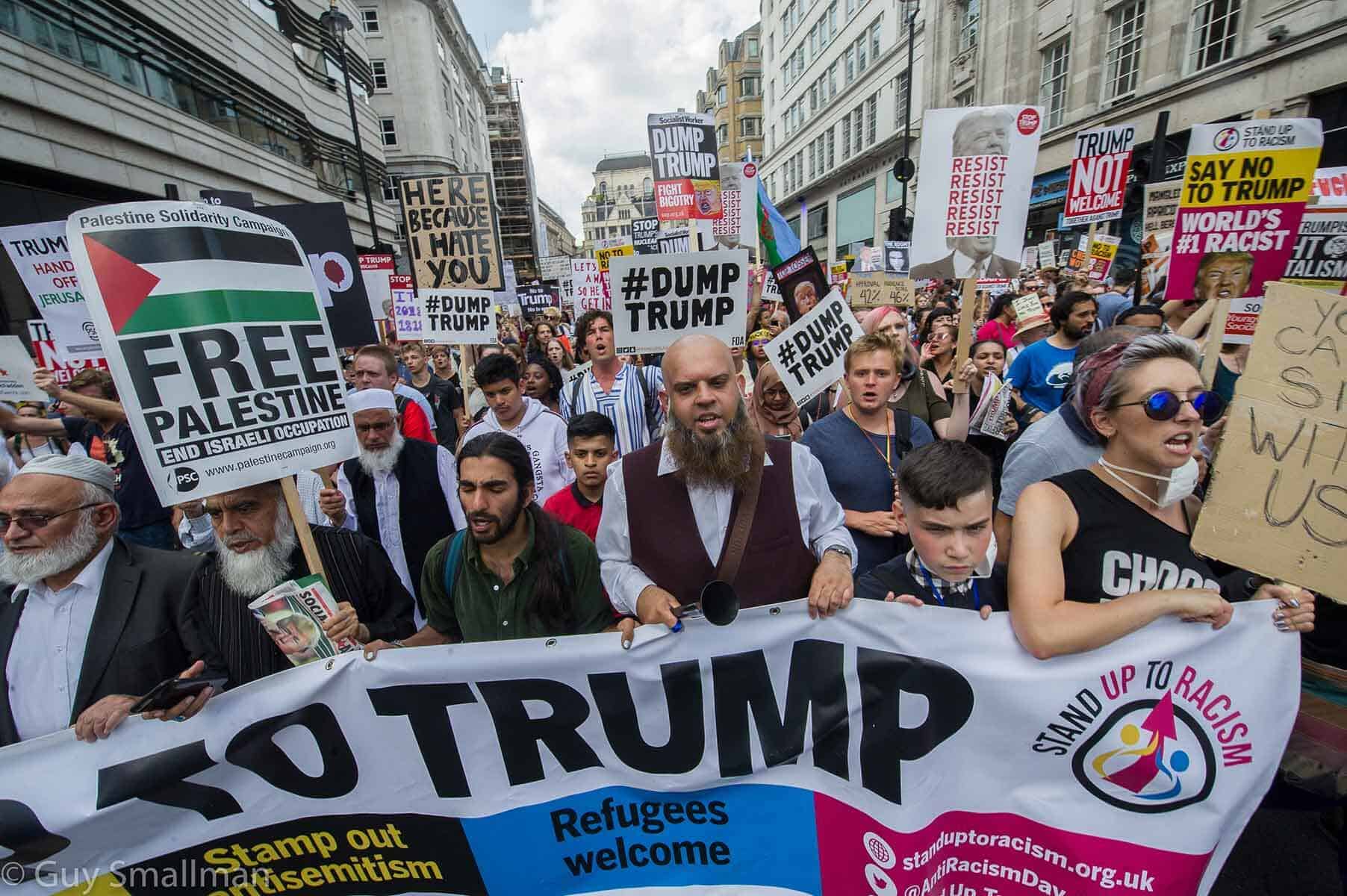 Huge march against Trump in London 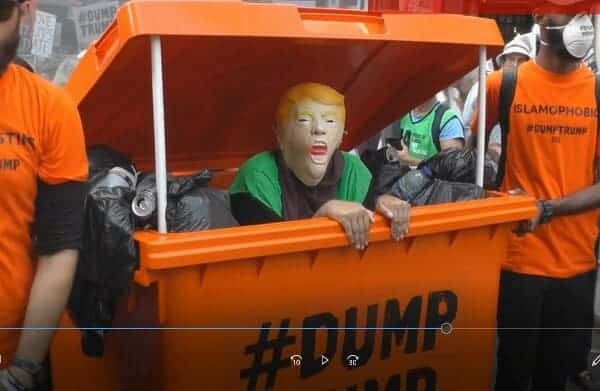