Afolashade Lamidi is being held at Yarl’s Wood detention centre near Bedford.

She believes she is being fast-tracked for deportation because she witnessed sexual harassment there.

This follows the case of Sirah Jeng, who was threatened with deportation before she could make a complaint on the same issue.

Isa Muazu’s lawyers Duncan Lewis have won a stay on his deportation until the outcome of a judicial review.

The review began on Monday of this week.

Isa has been on hunger strike for more than 100 days. But home secretary Theresa May is determined to deport him.

An attempt to deport him two weeks ago failed when the Nigerian government refused his plane permission to land.

It has announced that it would allow the plane to land if he was deported again. 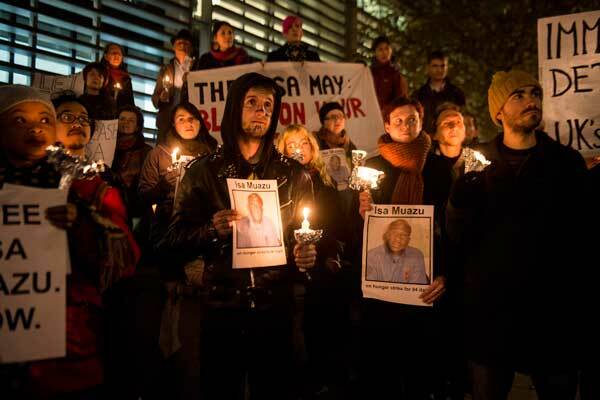