A new survey shows that women’s refuges across England have had their budgets cut by nearly a quarter in the last seven years.

One refuge manager warned “women and children are going to die as a result” while another said they were providing just a “bare bones service”.

Many of the 40 refuge managers surveyed said they were often forced to turn away women with physical disabilities, mental health problems or because they had too many children with them.

Many services like child support workers, specialist support for women from ethnic minorities and substance abuse workers have been cut as councils impose Tory cuts.

Clare Phillipson, a manager for a refuge in Sunderland, said, “I spent last weekend trying to work out which woman to turn away.

“You’re thinking is this woman going to die if we turn them away. It’s awful.”

One woman from the West Midlands was told that the nearest free space in a refuge was in Orkney off the coast of Scotland.

Campaigners in Doncaster have been fighting to save South Yorkshire Women’s Aid (SYWA). The service was given a small grant of £30,000 from Doncaster council earlier this year, but funding is due to run out in December.

SYWA has been told there will be no further funding from the council.

But the need has not disappeared. A crowd funding page on the Just Giving website said the service has been “inundated with referrals” and received over 100 between March and September.

An investigation by the Bureau of Investigative Journalism (BiJ) found three quarters of councils have reduced the amount spent on women’s refuges since 2010.

Two women a week in England and Wales are killed by their partners or ex-partners on average.

Labour MP Jess Phillips, chair of the All Party Parliamentary Group on Domestic Violence, said, “The Government keep saying that they are investing tens of millions into domestic violence services but this is not being felt on the ground.”

As a domestic abuse worker, whose service is threatened with closure for the second time in two years, I do not believe Theresa May’s domestic abuse bill will go anywhere near solving the crisis within the domestic violence sector.

Since 2010, specialist domestic violence services and refuges have faced devastating cuts or closure.

I work at the last women’s aid in South Yorkshire. We lost our refuge in Doncaster to a non-specialist housing association.

In the eight months women’s aid was closed in Doncaster, the police reported 6,623 cases of domestic violence. Not only are there not enough workers in our town to support these women, we also more often than not are unable to find appropriate refuge places for them out of the area due to constant refuge closures, lack of specialist refuges and not enough refuge workers.

The Tories have taken us back to the 1950s and 60s, when women had to put up with violence and shut up or die.

As domestic violence workers, we have to speak out, lobby our politicians and fight the cuts.

We have to unionise. We have to organise. We can’t just fight this town by town.

We need to unite and offer solidarity to each service that faces closure or cuts.

This government has not only cut funding to charities, it has gagged them in speaking out about the effects of the cuts. We have to break the Tories’ gagging order.

We have to do what women did in our communities 40 years ago, and that was to fight for the right to be protected from abuse.

South Yorkshire Women’s Aid in Doncaster has asked their community for support and they have rallied around us. The NUT, Unison, Unite and FBU unions have supported us and donated to us

They tell us our fight is their fight.

We will be lobbying the council at 11am on Wednesday this week and ask other campaigners to join us. 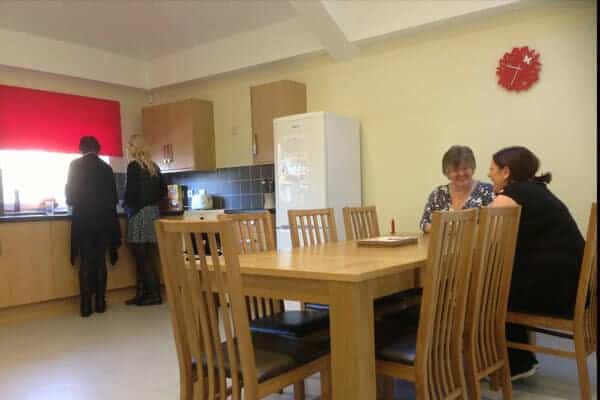 ‘Austerity is killing’ as funding for women’s refuges is cut