They dined at the Notting Hill branch of Beach Blanket Babylon (BBB) on 13 December, according to one waiter.

No doubt the royals had a comfortable Christmas—but the workers who served them were left short of hundreds of pounds and unable to pay rent.

BBB boss Robert Newmark has a long history of refusing to pay workers what they’re owed. And he was banned from acting as a company director for five years in 2016 for running up a £1 million unpaid tax bill.

Mariola, one of the workers who served the parasite pair, spoke to Socialist Worker. “I’m at a loss as to why BBB says they can’t pay me when clearly they have money coming in,” she said.

The idea the company doesn’t have the cash to pay workers is laughable.

“About a month and a half ago I didn’t get paid on time,” said Mariola. “They said they had difficulty processing things.

“They paid me a few days late. Then again four weeks ago I didn’t get paid. I questioned why again and they said they didn’t have the money to pay us.

“Quite a few of us hadn’t been paid, so we said we’re not going to come in.

“They paid us half, we came in and a few days later they paid the other half.

“Last month I didn’t get paid again so I questioned it. My manager said you’re meant to be paid half today, half tomorrow.

“The next day came and I still hadn’t been paid so I messaged her again. About half an hour later they paid £200 when it was supposed to be £598 altogether.”

Mariola’s pay slips and bank statement back up her version of events. On one pay slip the processing date is given as 15 December 2017.

Yet no payment from BBB appears on her bank statement between that date and 29 December.

She has since stopped working for BBB, but they still owe her and others money.

“We’ve sent them emails, messaged them on Twitter and Facebook but they’ve just ignored and blocked us,” she said.

Newmark and BBB are up to their old tricks—if they ever stopped. 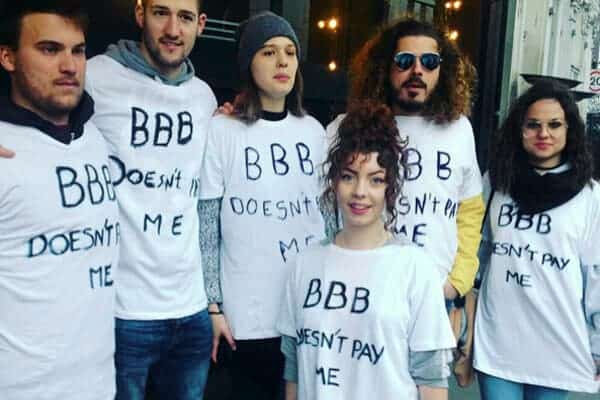 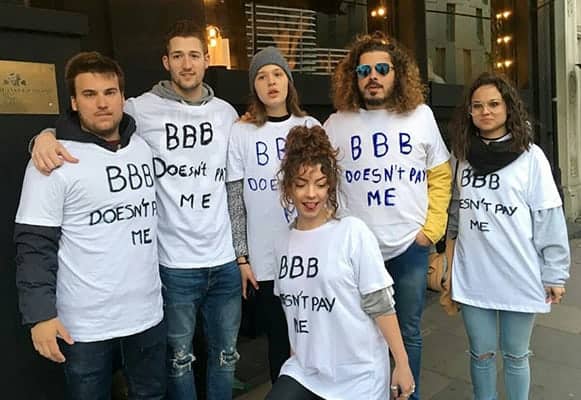 Confronting the restaurant boss who refuses to pay his workers wages 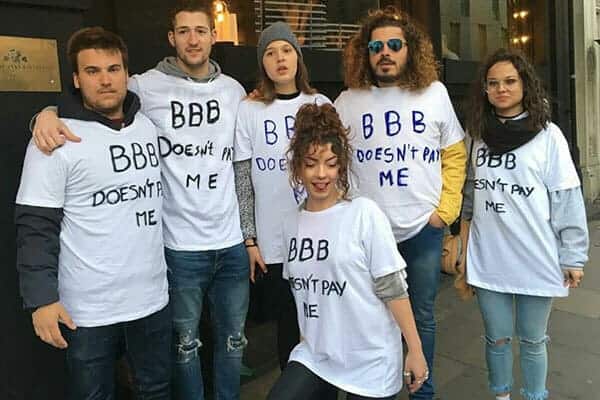