Almost 200 staff and students from the University of Westminster in central London attended the first No Cuts at Westminster rally on Wednesday 17 February.

Speakers from the NUS, UCU and Unison unions said that we could stop the job cuts.

People also pointed out that the proposed cuts at Westminster were part of a series of attacks on higher and further education nationally. They argued that the campaign at Westminster had to link up with struggles at other universities.

At the end of the meeting, people voted unanimously for a motion of no confidence in the Vice Chancellor and his team.

Management will have the chance to rule out compulsory redundancies at a meeting next Tuesday. If it refuses, activists will organise further campaigning. This will include a lobby of the board of governors on Monday 1 March and ballots for industrial action. 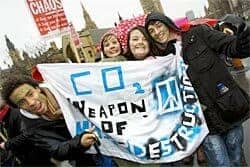 Victory against academy plan in Deptford