This article is over 9 years, 6 months old
Talks to end the long running dispute over "downbanding" at Mid Yorkshire hospital NHS Trust have been interrupted by the bosses’ attempt to victimise a striker.
By Sarah Ensor
Downloading PDF. Please wait...
Tuesday 04 December 2012

Talks to end the long running dispute over “downbanding” at Mid Yorkshire hospital NHS Trust have been interrupted by the bosses’ attempt to victimise a striker.

Management instructed one worker to attend an investigation on 10 December—“following an incident which came to light during the strike”. But bosses refused to give details about the alleged incident.

Medical secretaries and clinic clerks struck for four days last month in the trust which covers Wakefield, Dewsbury and Pontefract hospitals. The dispute is against downbanding—job losses and wage cuts of up to £2,700 a year.

Trust management met with the strikers who are in Unison and Unite unions on Wednesday of last week (29 December). But the next day the strike committee heard about the pending investigation.

The strike committee told the director of human resources that they wouldn’t return to talks until management stopped this attempt at victimisation.

Trust director Graham Briggs said that negotiations could continue after the “investigation”. Biggs said the “incident” does not relate to official strike action,” but that contradicts the letter the striker received.

Mid Yorkshire Health Unison branch then unanimously agreed to support any action agreed by the strike committee against downbanding and victimisation of strikers.

Adrian O’Malley, branch secretary, told Socialist Worker, “We will not stand for bullying and victimisation of anyone here—and we won’t negotiate while this is hanging over anyone.” 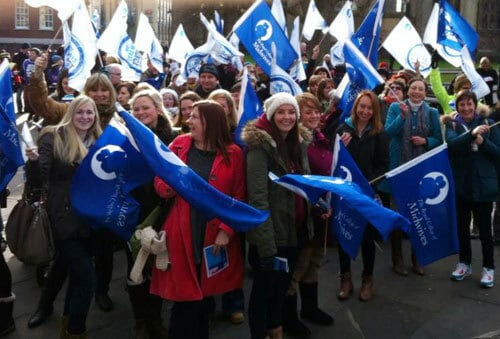