This article is over 10 years, 2 months old
A big thank you to everyone who did a collection in their workplace for the Socialist Worker appeal this year.
Downloading PDF. Please wait...
Tuesday 15 November 2011

A big thank you to everyone who did a collection in their workplace for the Socialist Worker appeal this year.

These have raised over £1,500 so far. And it’s not too late to collect—download a collection sheet at

Those who have collected report that, although people are short of money, many support Socialist Worker and are glad to have it.

It has been a good way to make contacts in the run-up to the strikes on 30 November and to meet people who might start buying Socialist Worker.

Rick, who collected £17 at Manchester Metropolitan University, sent in this report: “Activists appreciate the coverage and analysis of the trade union movement, international events like the Egyptian revolution, the Greek debt crisis, and the Occupy movement.

“One activist has said in the past that he doesn’t like reading the paper. He gave £5 to the appeal, explaining that he’s glad that the paper exists and he appreciates the job that it does!

Workplace collections include: £287 from Manchester IT workers; £55.94 from Unison staff at London Fire Brigade; £15 from health workers in Bristol; £12 from civil servants in Cardiff; £50 from UCU members at King’s College; £10 from Chesterfield post workers; £28.70 from charity workers in East London; £90.30 from teachers in Newham; £80 from housing workers in Glasgow; £26 from youth workers in Glasgow; £31 from teachers in Islington; £10.20 from members of the Unite Aerospace London & SE committee; £16 from council workers in Huddersfield; £17 from Unison members at Manchester Metropolitan University; £38 from Manchester council workers; £120 from UCU members at Blackburn college; £15 from workers at the Health and Safety Executive; £20 from NUJ members in Sheffield; £12.40 from workers at Oxford mail centre; £12 from council workers in Croydon.

Union branches that have donated include £200 from Unite Scottish Housing Associations, £100 from Leicester Unite housing workers, £50 from Unite Greater Manchester IT workers and £30 from Dorchester and Weymouth Trades Council. 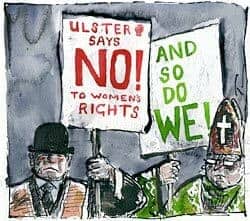 Council workers: 'We’re sick of bosses treating us so badly'