Proposed cuts by Tata Steel and news that Caparo Industries have gone into administration has put 2,900 steel jobs at risk.

The number of workers thrown on the scrapheap could be much higher as the shockwaves devastate the steel works’ supply chains and local economies.

These fresh blows come straight after the devastating closure of the SSI steel works in Redcar. They threaten to finish off a workforce that has been under attack for decades.

The greed of bosses who were happy to take profits in the good times, then put the cost of their crisis onto workers, is appalling.

So is the failure to act. David Cameron has hidden behind European Union rules to say his government is “doing everything we can”—while doing nothing.

TUC general secretary Frances O’Grady said, “At this rate there won’t be a British steel industry in a year’s time.”

But the inaction is theirs too.

In Redcar the leaders of the labour movement passed too quickly from anger to mourning.

Workers had some help saving for Christmas presents and applying for new work. But they were offered no hope for a fightback to keep their jobs.

Burke was already talking about the Tata job cuts as if they were a done deal on Monday of this week.

That was before they were even formally announced on Tuesday.

Union and Labour officials have set their sights no higher than lobbying the government for import controls on Chinese steel. That will not save jobs.

Union leaders, shadow chancellor John McDonnell and the TUC have the same demand—stop the “dumping” of Chinese steel at low prices to save jobs.

Import controls have long been a demand of the Labour left—and never an effective one.

As far as the markets are concerned “excess capacity” in global steel production needs to be cut back. Import controls don’t change this.

At most they can spare workers in one country at the expense of those in another.

This competition on national lines puts workers in a race to the bottom that only the bosses can win.

It’s how Vauxhall got Unite to sign up to attacks on workers in Ellesmere Port in 2012—when workers in Germany were laid off instead of them.

No amount of protectionism will make Britain a more profitable place for bosses to invest in than China.

Steel manufacturing has uses beyond bosses’ profits. It could be nationalised and run as a public service.

The focus on China takes the heat off the British government, which should be put under constant pressure to do this.

Workers need their unions to lead a fight over jobs. The main steel unions—Unite, Community, GMB and Ucatt—could book hundreds of coaches for a mass demonstration.

The tens of thousands of people directly affected by the cuts, and everyone who supports them, could be called on to march on Whitehall.

And workers could hit hardest in the workplace.

When faced with the threat of closure in 2009, workers at Ford Visteon refused to leave. No one saw their occupation coming.

Visteon workers forced major concessions from one of the world’s biggest companies. If steel workers took hold of a furnace and occupied the plant it would put them in control.

Such a struggle could galvanise huge public support—and force the government to nationalise the industry.

There’s no guarantee that resistance would win. But steel workers deserve better than being written off without a fight. 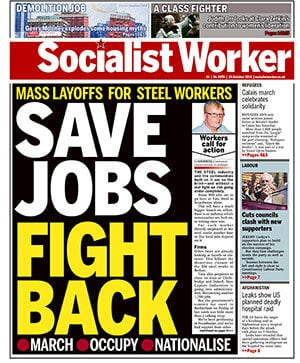 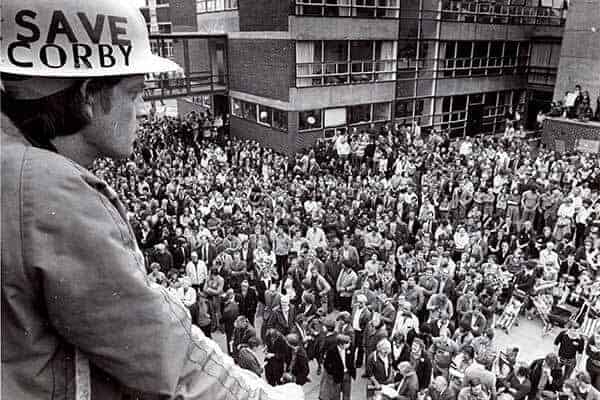 The fight for steel last time