This article is over 10 years, 3 months old
Trade unionists across Britain are building for the Unite the Resistance convention in London on 19 November.
Downloading PDF. Please wait...
Tuesday 18 October 2011

Trade unionists across Britain are building for the Unite the Resistance convention in London on 19 November.

So far, around 400 people have signed up. Lots of campaigning organisations and union branches are supporting it.

Last week, lecturers in the UCU union at the University of Sheffield voted to send a delegation. It’s one example among many.

Paul Coggins from the CWU union in Oxford told Socialist Worker that there is a lot of support for the event.

“We put forward the proposal from our section to the branch to support the Unite the Resistance convention,” he said.

“It was agreed that we’d send a delegation. I thought it’d be just a few of us.

“But now lots of people have put their names forward to come.

“It’s so important to fight all these bloody cuts. It’s going to be a real springboard for

30 November. And I hope it can draw our union into it as well.”

Jane Stewart is a Unite union rep at Unilever in Merseyside. She’s also on the executive council of Unite and on the Unite the Resistance steering committee.

Jane told Socialist Worker, “We really need to join forces against attacks on public services and in the private sector.

“Our firm wanted to move our pensions from the RPI measure of inflation to the lower CPI.

“So they used the excuse that it was happening in the public sector.

“That’s why I want all workers to come to this conference, to show that we are all in this fight together.”

A mass meeting of hundreds of trade unionists from across Britain can organise to build the biggest possible support for the strikes on 30 November.

It can make a real difference to what 30 November looks like—and start the debate about what next. That’s why you should be there.

l Get your union branch to sponsor the convention. 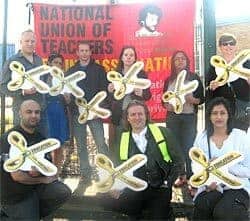 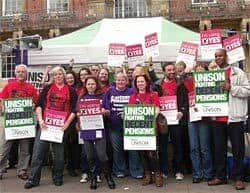