Thousands of Post Office workers were set to strike this Thursday against job cuts, privatisation and an attack on their pensions.

The strike will involve CWU union members working at Crown Post Offices, and in the admin and supply chains. Managers in the Unite union were also set to strike on the same day.

Plans to sell off around 60 Crown Post Offices and cuts to admin, supply chain and cash handling sectors mean some 2,000 jobs could be lost.

The selloffs would involve closing the branches and paying existing staff to leave, with private businesses such as WHSmith opening replacement offices.

They have also tried to bribe scabs to take £3,000 to break the strike.

The CWU is demanding “decent job security for all and no compulsory redundancies”. It also wants to halt the closure of the defined benefit scheme, and get improvements for workers already on the defined contribution scheme.

CWU general secretary Dave Ward said, “The Post Office has pointed to the ‘bottom line’ in making these cuts.

“But it cannot pretend that using public money to pay off staff so they can be replaced with minimum wage jobs is a success story or that closing down its flagship branches is a defence of the service.”

He added, “The Post Office has got to get out of the cycle of closures, job losses and attacks on staff terms and conditions.” 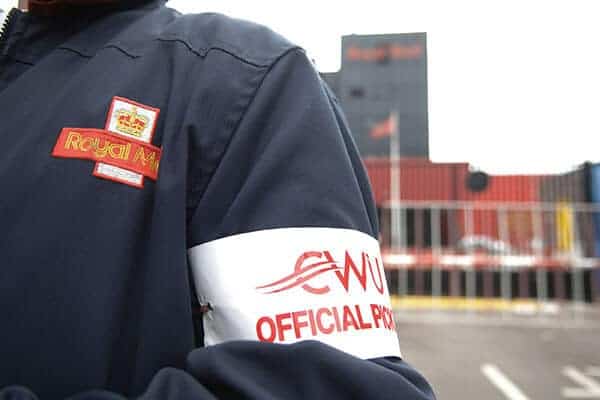 Post Office workers ballot over pensions and campaign against closures