Workers strike against austerity across Europe

This article is over 9 years, 8 months old
Spanish prime minister Mariano Rajoy’s government must feel under siege. And on Tuesday of last week it was literally besieged, as more than 40,000 people surrounded the Congress building in Madrid.
By Dave Sewell
Downloading PDF. Please wait...
Tuesday 02 October 2012

Spanish prime minister Mariano Rajoy’s government must feel under siege. And on Tuesday of last week it was literally besieged, as more than 40,000 people surrounded the Congress building in Madrid.

Protesters promised revolution, and took up the slogan of the Argentinian protests of 2001—“Get rid of them all”.

Police attacked protesters with baton charges and rubber bullets. Dozens were hospitalised on Tuesday’s demonstration. Police beat others on their way home in public transport.

After calling Tuesday’s protests a coup attempt, the government declared a new protest on Saturday to be “totally illegal”. Yet even larger numbers turned out.

There has also been a general strike in the Basque country and major transport strikes in Barcelona and across the border in Portugal.

In Portugal the prime minister Pedro Passos Coelho has spent two years pushing through cuts on behalf of the “troika” of the European Union, European Central Bank and International Monetary Fund.

Two weeks ago nationwide protests estimated to involve around a million people—almost 10 percent of the population—forced him to abandon a massive national insurance hike. On Saturday, a protest called by the trade unions saw the streets of Lisbon densely packed once more.

In both countries unions are looking into calling their third general strike against the crisis—and protest organisers have called on them to coordinate it.

The day after the Spanish and Portuguese protests, some 100,000 people marched in Paris. France’s Socialist president Francois Hollande was elected in June as an alternative to austerity.

But this week he is trying to rush a European fiscal treaty through parliament that would put a cap on all government spending.

In Greece last Wednesday workers held their first general strike in nearly eight months. It was the first since the summer’s elections, and one of the biggest since the crisis began.

The pressure to strike again had been huge. Workers passed resolutions in their unions, and many on the demonstration chanted demands for more action.

Unions have agreed on another general strike when the government votes on the new round of cuts, but many are calling for strikes now.

The day after the strike, the power workers’ union announced they would begin repeated 48-hour strikes unless union federations come up with a plan for escalation. And workers in the Ministry of Finance continued striking until Friday.

The government is under pressure from both sides. It has two weeks to present the troika with a new round of cuts. But it knows how dearly the previous government paid for trying to hold their nerve against the resistance from below.

There were also sharp reminders of the danger that fascists will take advantage of the crisis. Greek police have been referring victims of crime to the fascist Golden Dawn party in cases where the suspects are immigrants.

Meanwhile racist attacks, many involving Golden Dawn members, are on the increase. Around Europe resistance is heating up and the stakes could not be higher.

Striking workers in Greece spoke to Socialist Worker. “We are living the worst nightmare in terms of wages and workers’ rights”, said media worker Ilias. “Today’s strike is successful but we have to escalate, to strike every single day.”

Ilias’ union struck for five hours on Wednesday, and he is pushing for them to make it 24 hours next time. Workers are also putting pressure on the unions in the health sector.

“Over 100 people came to our general meeting, in a very militant mood” said hospital worker Spyros. “We condemned parts of the union that try to keep an equal distance between bosses and managers. Many colleagues think we need an indefinite strike.”

Eleni works in a garment factory facing massive job cuts. “I get the same wage now as I did 20 years ago,” she said. “I can’t make it, enough is enough. We need fighting unions to represent us. The only way to do it is to take things into our own hands and demand dignity.” 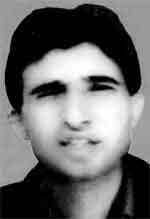 Jobcentre Plus call centre workers to strike for two days