Wrong people on trial after US plot to bomb Al Jazeera

The attempt to cover up George’s Bush’s plan to bomb the Arabic television channel Al Jazeera means that two men will face trial next week for allegedly breaking the Official Secrets Act.

Civil servant David Keogh and Leo O’Connor, a researcher who worked for former British MP Tony Clarke, face a preliminary hearing on Tuesday of next week.

Keogh also faces a second charge under secrecy laws which prohibit information disclosures that “damage the capability of the armed forces”.

The Daily Mirror reported last year that a memo of a meeting between George Bush and Tony Blair in April 2004 detailed a proposal by Bush to bomb Al Jazeera.

The Bush-Blair meeting took place when Whitehall officials, intelligence officers, and British military commanders were expressing concern over the effect of the scale of the US assault on the Iraqi city of Fallujah.

Pictures of the attack shown on Al Jazeera had infuriated US generals.

The story of Bush’s proposal was dismissed as “outlandish” by the White House. Blair denied receiving details of any US proposal to bomb Al Jazeera.

However an unnamed Whitehall source let slip to the media the idea that Bush’s proposal had been a joke — confirming that the conversation took place.

A foreign office document leaked in May 2004 said, “Heavy handed US military tactics in Fallujah and Najaf some weeks ago have fuelled both Sunni and Shia opposition to the coalition, and lost us much public support inside Iraq.”

Al Jazeera has started legal action to press for the publication of the minutes of the Bush-Blair meeting using freedom of information legislation.

The attorney-general has told the media that they would be breaking the law if they published details of the document.

The men’s lawyers are pushing for the secret document to be disclosed.

Labour MP Peter Kilfoyle said that he had been briefed on its contents by Tony Clarke after he received a copy.

Kilfoyle, a former defence minister, says, “It’s very odd we haven’t been prosecuted. My colleague Tony Clarke is guilty of discussing it with me and I have discussed it with all and sundry.”

In 2001 Al Jazeera’s Kabul office was hit by US bombs and Al Jazeera reporter Tare Ayyoub was killed in a US strike on its Baghdad office in 2003.

O’Connor’s lawyer, Neil Clark, said that he had been shown the document before the committal hearing but could not discuss the contents. He said it was a four-page memo marked “secret”.

“It’s what I expected having read the media,” he said. “I didn’t think that there was anything in there that would embarrass the British government.”

Lindsey German, convenor of the Stop the War Coalition, told Socialist Worker, “Those alleged to have leaked this information should be treated as heroes rather than hauled before the courts.

“The document clearly should be in the public domain. The continuing lies over the war in Iraq are now being retold as a build up to threatening Iran.

“That’s why it’s important to mobilise for the anti-war demonstration in London on 18 March.” 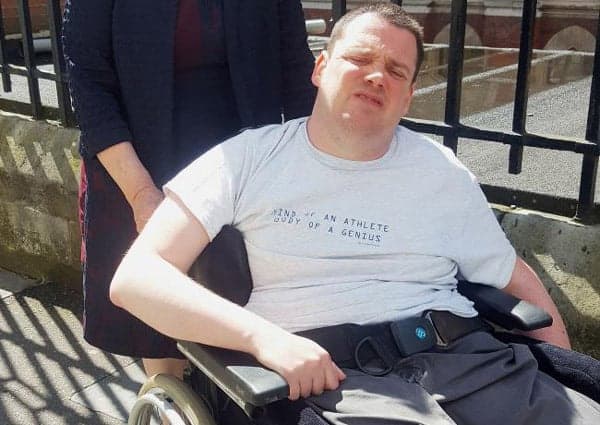 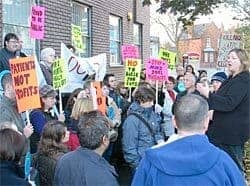 Manchester health workers: ‘We won’t let them destroy this service’