Yarl’s Wood: asylum seekers are victims of the British authorities

The Yarl’s Wood detention centre for asylum seekers in Bedfordshire has been the scene of a number of scandals since it opened in 2001.

People branded by the government as “failed” asylum seekers are detained there prior to deportation back to their home countries.

A number of detainees have resisted their removal or harmed themselves because of their fear of returning home.

Angolan asylum seeker Manuel Bravo killed himself when he was in the centre so that his son would be allowed to stay in Britain.

Sophie Odogo from Uganda suffered suspected brain damage while on hunger strike at the centre.

The centre is mainly for women detainees, but it also has a family unit. At the time of the last inspection by the prisons inspectorate in February of this year, 32 children were being held. Seven of the children had been held for over 28 days.

According to the report, “There was still no evidence that children’s welfare was taken into account when making decisions about initial and continued detention.”

A new inquiry by the home office inspector of prisons shows that there have been a number of failings at the centre. Everything from the health of the detainees to the accommodation is run privately.

One of the main recommendations in the report is that the health provision within the centre is transferred to the NHS.

It highlighted serious problems, such as the mismanagement of medical records.

The inquiry also found that the healthcare service was not geared to meet the needs of those with serious health problems.

Many detainees are severely affected by being detained for long periods.

The centre was set up to hold people for short periods only. But in February of this year 11 percent of almost 700 detainees had been held for three months or more.

The centre is not the first place of detention for many people, so the total length of detention they have endured could be considerably longer than that indicated on Yarl’s Wood’s records.

Reverend Larry Wright is a chaplain at Yarl’s Wood. He said, “There is a desperate need for information, advice and trust.

“After a long period in detention without any resolution many become frozen into despondency.

“For staff in general, the centre is like a human clearing house. It is not designed to accommodate the range of different stresses.

“People here have few outlets for stress. Suicide and self harm are going up.

“I keep sending concerns to the contract monitor but there is resistance to interrupting the removal process.

“Then there is the culture of mistrust. An attitude of ‘these people will try anything to stay’ generates resistance to wanting to see anything more.

“There is no clear strategy when people start losing the will to live.”

Left with no option but to go on hunger strike

An asylum seeker who took part in the hunger strike last year which led to the inquiry spoke to Socialist Worker. She fled Uganda six years ago and is waiting for the home office to decide if she may stay in Britain

‘I have lived in Britain for six years now. The police arrested me when I was on my way to visit a friend.

After eight hours in the back of a police van we arrived at Yarl’s Wood. They took my phone, my food, my personal belongings away from me and said that I would be on a plane to Uganda in eight days.

It was very difficult to get representation from a solicitor.

I was told that I could not get legal aid. I had to fight to get help. Finally I did get a solicitor but he did not fight for me.

In August of last year a group of us went on hunger strike. Many of us had been given removal orders.

We had nothing else we could do. We had no control and the only thing we could do was stop eating. I went on dry hunger strike – no food or water. After six days I could barely walk, I felt like I was choking.

The doctor at the centre said that he wanted to send me to hospital. My blood sugar was so low that he thought I was in danger of falling into a coma.

The manager at the centre said that I should not be sent to hospital because it was my choice not to eat. I was sent back to my room. Two days later they rushed me to hospital.

My removal date was set for 13 September. When they cancelled my date I rang my solicitor to thank him. He asked, “What are you still doing in Britain? Don’t worry they’ll give you a new removal date soon.”

I used to be able to help my friends when they needed strength. Now I don’t feel able to handle anything.

When my friend was given her removal date we were desperate. She is diabetic so we collected sugar packets and on the morning of her removal she ate a lot of sugar.

Every time I think of that day I feel sad and ashamed, but there was no other way. She was taken to the airport. I was worried that she would die. She got very ill but at least she was not deported.

I was so desperate after that. I didn’t care what happened to me any more. I hated to be around people. I didn’t want to believe that this life was real.

I took a blanket to the stairwell in the middle of the night because I thought it would be better to die than to live like this, but they stopped me. I was let out of Yarl’s Wood last November. Now I am waiting in limbo.’

To read the full report go to www.homeoffice.gov.uk

Workers protest in Britain to support strikes in Europe

Ernesto Leal is free – but still fighting to stay in Britain 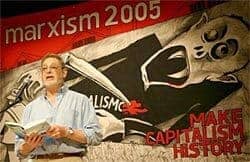