This article is over 11 years, 10 months old
An employment tribunal this week heard shocking evidence in the case of Yunus Bakhsh, a nurse and leading black activist in Newcastle.
Downloading PDF. Please wait...
Tuesday 09 March 2010

An employment tribunal this week heard shocking evidence in the case of Yunus Bakhsh, a nurse and leading black activist in Newcastle.

Yunus was sacked in 2008 then expelled from Unison after allegations of bullying in an “anonymous” letter.

Yunus’s former employers refused to show him a full copy of the letter until last week. As soon as Yunus was given sight of it he spotted a serious error.

The letter was date stamped received by the Trust on 26 September 2004—two years before it says it arrived in their mail.

And, the stamp used was for a Trust that had ceased to exist in April 2006, before the complaint was filed.

Yunus argued that there was a racial motivation for the complaints which should be investigated. Neither his NHS trust nor Unison took this seriously.

It has since emerged that one of the accusers was a Facebook friend of people associated with the far right.

In the tribunal, the Trust’s human relations manager Liz Latham said until this week she was unaware of the error in the dating of the letter.

This discrepancy calls into question the Trust’s professional procedures and raises questions about the validity of the remaining evidence. 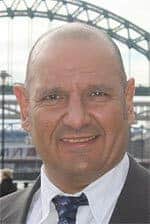