This article is over 12 years, 10 months old
High profile union activist Yunus Bakhsh is this week fighting for reinstatement to his job as a psychiatric nurse.
Downloading PDF. Please wait...
Tuesday 24 March 2009

High profile union activist Yunus Bakhsh is this week fighting for reinstatement to his job as a psychiatric nurse.

Northumbria, Tyne and Wear NHS Trust sacked Yunus last year after anonymous complaints of bullying were made against him.

This week the trust will hear an appeal against his dismissal. Any panel that hears the case ought to demand Yunus’s immediate return to work.

At the time of his initial suspension Yunus argued that there was a racist motivation for the allegations made against him, but trust bosses decided that this was not the case.

It has since emerged that the Nazi website Stormfront was involved in gathering information on Yunus in a bid to get him sacked, and that one of Yunus’s accusers was a member of several Facebook groups that had become a focus for fascists.

Unison members are angry that, rather than give Yunus its backing, the union instead chose to expel him.

The union’s northern and Scottish regions are also the subject of further criticism this week as Private Eye magazine questions the use of union funds during the last general election.

Why is Yunus treated as Unison’s enemy within? 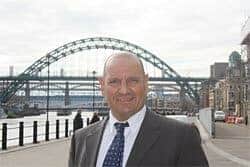 Victory for Yunus Bakhsh as health trust is bashed