This article is over 13 years, 0 months old
Kerry Cafferty, the author of a complaint against leading health trade unionist Yunus Bakhsh, has resigned from the Unison union after she was exposed as a member of several Facebook groups that are a focus for racists. She was also a "Facebook friend" of open members of the British National Party.
Downloading PDF. Please wait...
Tuesday 20 January 2009

Kerry Cafferty, the author of a complaint against leading health trade unionist Yunus Bakhsh, has resigned from the Unison union after she was exposed as a member of several Facebook groups that are a focus for racists. She was also a “Facebook friend” of open members of the British National Party.

Her resignation came just a day before Unison was due to commence a formal investigation into allegations of racism.

Cafferty was one of a small group who provided the “evidence” against Yunus that led to him being sacked from his job as a psychiatric nurse and expelled from the Unison union.

The discrediting of a central witness against Yunus ought to see him cleared of all charges, compensated and returned to work. This is what Yunus’s representatives will argue at the appeal against his sacking that is taking place.

For more than two years Yunus has argued that there were racist motivations for some of the slurs being made against him. He has fought both his union and the NHS Trust that employed him to take his claim seriously. Following last week’s revelations, neither can claim to have done so conclusively.

Yet Unison insists that Yunus remains expelled from the union, and that Kerry Cafferty’s evidence did not form part of its disciplinary procedures.

The union does acknowledge that her initial complaint was a trigger for its own investigation into Yunus. Fellow complainant, Cafferty’s husband Peter Cafferty, chose this week to announce that he no longer intends to re-stand for his position as Unison’s chair of health for the North East region – despite Unison leaders saying that he would not face a similar investigation.

The new revealtions in the case against Yunus angered the delegates to Unison black members’ conference last weekend.

Hundreds of petitions demanding his reinstatement to the union were taken away by delegates. Already many senior Unison activists have written to the union’s leadership demanding that Yunus be reinstated. Others in the trade union movement have joined them.

Reflecting on the latest news, Yunus told Socialist Worker, “I’ve fought for two and half years to stay in my job and in my union because I know I’m innocent of all charges. My struggle has been to show that it is always right to stand up for your rights – even when you face enormous obstacles.” 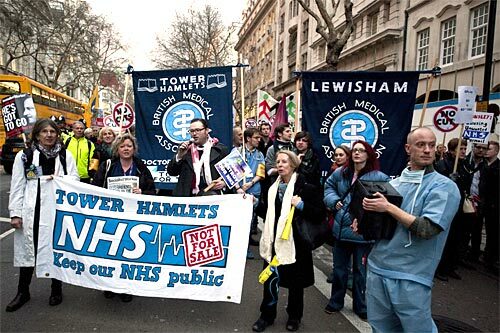