This article is over 14 years, 11 months old
One of the biggest success stories to emerge from the confusing mass of satellite television stations is a politics and current affairs show on the Islam Channel called The Agenda.
Downloading PDF. Please wait...
Saturday 17 February 2007

One of the biggest success stories to emerge from the confusing mass of satellite television stations is a politics and current affairs show on the Islam Channel called The Agenda.

Every morning for 90 minutes the show gave voice to minority groups that rarely make even 90 seconds on mainstream channels.

Human rights stories explaining the plight of Palestinian olive farmers, US and British soldiers of conscience, peace activists and stories from ex-Guantanamo detainees helped propel The Agenda with Yvonne Ridley into the mainstream viewing figures.

The Agenda was heading towards its 500th edition when the Islam Channel suspended the show without warning.

Five weeks later theories stories abound about why the show and the channel’s most famous presenter, Yvonne Ridley, were silenced.

The channel’s spokesperson insists the show was pulled due to pressure from the Government TV regulatory body Ofcom, but a spokesman there vigorously denied any involvement.

Apparently hundreds of angry viewers have sent emails to Ofcom and its CEO Ed Richards demanding to know why Ofcom ordered The Agenda off the air. A spokesman for the regulatory body confirmed it was investigating two complaints but insisted it had not interfered with programme scheduling.

‘Whatever the reason, organisations like Stop The War, Military Families Against the War, numerous Palestinian and Human Rights  groups, have lost their voice’, said Agenda presenter Yvonne Ridley, a founder of Women in Journalism.

She added, ‘It is difficult to imagine why a channel would axe its most successful show without warning. I am still bemused by the unexpected decision but have been overwhelmed and humbled by the amazing support I’ve received from viewers in the UK and overseas.

‘What has amazed me is the eclectic support I’ve received from across the globe, from people of faith and no faith, men and women in equal numbers.

‘I had quite a battle to launch the show at 10am because I was told at the time that Muslim women aren’t interested in politics. Agenda proved that individual wrong, but now those same female viewers once again have nothing politically stimulating to watch. They are the real losers in all of this, and for that I am so sorry.’ 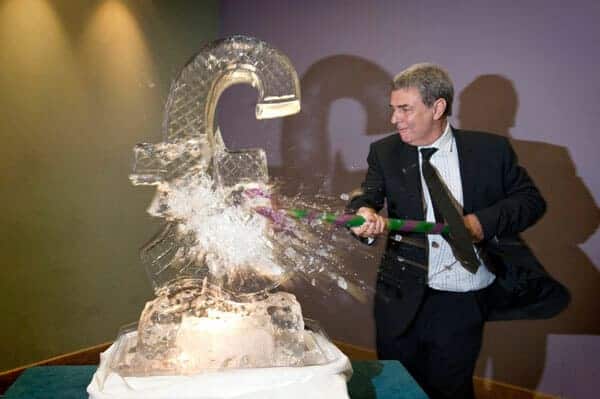