Zimbabwe – International Anti-Eviction Day on 18 May

This article is over 15 years, 8 months old
A campaign spearheaded by movements and organisations who are members of the Zimbabwe Social Forum has launched 'Anti-eviction Action Day' and is calling for international support. The following is their launch declaration
Downloading PDF. Please wait...
Saturday 13 May 2006

We, the people of Zimbabwe, do solemnly declare on this day that we shall forever remember with heavy hearts and burning anger, the atrocious brutality visited upon the poor people of this nation by the government of Zimbabwe under the so called Operation Murambatsvina (which translates as “Drive out the Filth”).

We mourn those who lost their lives at the hands of overzealous state agents carrying out this operation. We grieve with the thousands of Operation Murambatsvina victims who today are still in dire need of humanitarian assistance. We are traumatized with those thousands of families evicted from their dwellings who are today homeless and denied the very basic right to earn a living and to have a roof over their heads. We endure with boiling anger the sight of displaced AIDS patients now condemned to fast-tracked death, because they can no longer carry on with treatment.

We struggle together with the woman who daily braves police brutality and outright looting as she sells tomatoes on the streets so that she can feed her kids and send them to school. We salute those brave enough to resist this dehumanisation by an exhausted regime. In the environment of a shattered economy with 80 percent unemployment we ask the same question as every informal trader: “Why are we denied the right to trade, the right to our only source of livelihood?”

Today we remember the 700,000 people who were evicted and displaced by Operation Murambatsvina, we remember the 300 000 kids who were forced to drop out of school, we remember the 25,000 vendors who were arrested and had their goods looted by corrupt and callous police officers who acted with total impunity. We remember everything we lost, the trauma and the tears we had to shed at the hands of a heartless regime that has lost the support of the people and now rules by force.

For trampling on our dignity and reducing us to a nation of beggars, all in the name of the paramountcy of political survival, we hold the government of Zimbabwe guilty. The government is guilty along with its functionaries and proxies and the political elite who are determined to hold on to power regardless of the cost to the economy and to the population – guilty of crimes against humanity, under both local and international law – for deliberately destroying our dignity and rights. We shall be unrelenting in our quest for justice.

Today we remember the millions of impoverished Zimbabweans who are victims of Operation Murambatsvina and rededicate ourselves to the struggle for social justice and democracy.

Importantly we want to recognise that evictions, harassment and criminalisation of the poor is not confined to Zimbabwe alone. It is an international crisis. Accordingly we call on all progressive forces globally to immortalize our struggles against such shameful state barbarism in declaring 18 May an International Anti-Eviction Day.

Please send your messages of solidarity to [email protected] 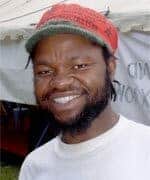 My four days inside Mugabe’s prisons