This article is over 14 years, 7 months old
Bernard Herzberg, a member of the SWP, Respect and active supporter of the Stop the War Coalition, died in his sleep on Tuesday 15 May.
By Robin Beste, Muswell Hill Stop the War Group
Downloading PDF. Please wait...
Tuesday 22 May 2007

Bernard Herzberg, a member of the SWP, Respect and active supporter of the Stop the War Coalition, died in his sleep on Tuesday 15 May.

He would have been 98 in June and had just finished his final dissertation for an MA at SOAS university. This was the third university degree he had completed in the past seven years.

In 2005, at the age of 96, Bernard received an award as the oldest university student in Britain.

Bernard had an extraordinary life, often as a refugee, having fled from Germany when Hitler came to power in 1933.

He was a lifelong socialist. Wherever he was – in Germany, South Africa or Britain – he was always politically active.

His opposition to fascism led him to volunteer for the British army to fight against Nazi Germany in the Second World War.

He was one of the very few German nationals to do so.

In South Africa in the 1950s, as a trade union shop steward, he fought for the civil rights of black South Africans, who faced the barbaric oppression of the apartheid system. His outrage at the viciously reactionary policies of governments in Britain led him to seek out like-minded activists.

As well as attending all Stop the War’s national demonstrations and rallies, Bernard was virtually ever present at the street stalls, meetings and other activities of the Muswell Hill Stop the War Group.

His commitment, energy and persistence were inspirational and he will be very much missed by everyone in our group, for whom he became a very close friend.

For an interview with Bernard from a past issue of Socialist Worker go to www.socialistworker.co.uk/archive/1679/sw167920.htm 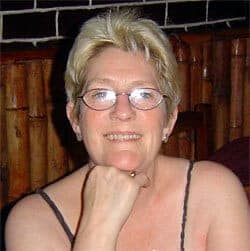