This article is over 16 years, 9 months old
Bert Whittle, a lifelong militant in the National Union of Miners (NUM), and a socialist activist in the Doncaster area died unexpectedly last week after a short illness. Bert was an inspiration to all who knew him, a man of socialist principles, wisdom and energy.
By John Westmoreland
Downloading PDF. Please wait...
Saturday 24 September 2005

Bert Whittle, a lifelong militant in the National Union of Miners (NUM), and a socialist activist in the Doncaster area died unexpectedly last week after a short illness. Bert was an inspiration to all who knew him, a man of socialist principles, wisdom and energy.

Although it sounds like a cliche, Bert was a man who cared for his fellow human beings and thought the whole point of life was to make things better for others.

He was generous, compassionate and honest and someone who countless miners in his native Armthorpe turned to for advice when they got into difficulties.

Bert often recalled with bitter humour his meagre education at school, and liked to say how he learned the ABC of socialism through struggle — and he struggled all his life.

Bert became a miner on leaving school and went to work at Armthorpe, a militant pit, where he found himself working on the coalface.

He was a small lad for face work and he learned that working as a team and fighting together was the best strategy.

He was still a young man when he met and married his beloved wife Jean, who supported him through all the campaigns and disputes that he was involved in.

A brief list of some of the events in Bert’s life tells you much about the sort of man he was. Bert was active in all the great struggles of the NUM. He was a “chargie” for his team and led regular disputes in defence of colleagues who were paid short.

The team he led were known as The Red Brigade and brought many a manager to heel by walking out.

Bert was there at the big battles such as Saltley Gate in 1972. He was the first man bloodied at the battle of Orgreave during the 1984-5 Miners’ Strike.

He picketed and collected widely during the dispute — including going to Germany.

Bert understood that the highest virtue for a socialist is to deliver solidarity, as he would say, “That could be us”. Bert was arrested for assaulting the police during the Grunwick dispute in defence of Asian women workers.

He was also a founder member of the Campaign Group in the NUM and was on the editorial board of the Collier rank and file paper in the 1970s and 1980s.

He was a founder member of the Anti Nazi League in Doncaster and acted as secretary, constantly under threat from National Front thugs.

But he exposed and weakened them throughout the town. Bert was at Lewisham in south east London where the Anti Nazi League smashed the National Front off the streets in 1977.

Bert often spoke of this as one of his proudest moments.

He left the Labour Party and joined the Socialist Workers Party (SWP) for the same reason.

He opposed Blairism before it was called that, despising the gutlessness and careerism that he saw from many who put votes for Labour above the struggle. Socialism for Bert was a simple issue.

He understood class politics and the principles he stuck to all his life helped to guide his action. Anything that unites workers against capitalism should be supported. Anything that divides us should be opposed.

Bert said what he meant and meant what he said. When he was older and a bit lame Bert would still be out leafleting with everybody else whenever the Nazis appeared in Doncaster.

Andy Butler started work at Armthorpe when he was 15, and went to work with The Red Brigade face team.

He gave this summary of working with Bert:

“Bert Whittle was the most honest man I have ever met. He couldn’t stand liars or feeble excuses, and he never ducked an argument.

“When I met up with Bert, and other militants Dave Barker and Claude I thought they were all crackers. I was a typical lad of the time with some dodgy ideas I suppose. I liked football. I did not like politics.

“Bit by bit they broke me down but in the nicest possible way. If I said something that was unacceptable they would sit down with me and patiently explain issues.

“Bert in particular always appealed to my sense of class solidarity, and would show in practice what workers’ unity could achieve.

“I came to realise that The Red Brigade were seen as leaders by other teams. They were all hard workers, including Bert, but they stood together. What a brilliant feeling it was to fight and win a dispute by sticking together.

“The Red Brigade made me see that racist and sexist ideas are used to divide workers.

“They are ideas that belong to the enemy. Working with The Red Brigade gave me an education that was second to none.

“When it came to the Great Strike in 1984 Armthorpe NUM led the way by picketing in Notts. Although Bert was never a great orator like Dave was, he led men by the force of his convictions.

“If he said ‘We should do this’, then he did it first. That is what Bert was—a simple but forceful leader of men.

“He never sought praise, but he was known throughout the country and respected by both the likes of NUM general secretary Arthur Scargill and the NUM leadership, and even more so by the rank and file as a true fighter for his class.

“To know Bert Whittle was to love him and his death is a tragedy.”

Doncaster SWP would like to send our sincere condolences to Bert’s family and we share in their grief for the passing of a great comrade. 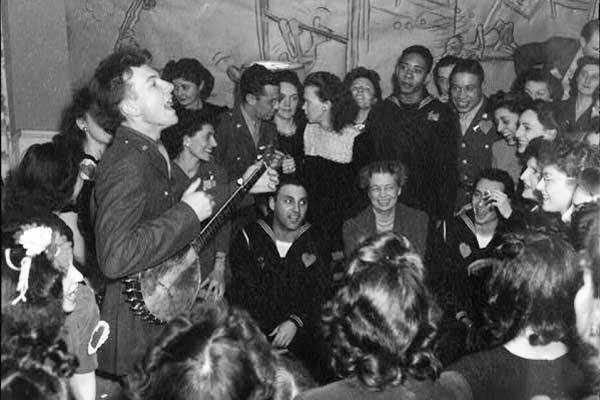 Obituary: A Man of Distinction