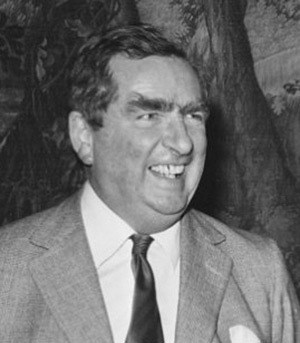 Baron Denis Healey is dead. His story is that of the Labour Party and its failures.

Healey was born in 1917. At Oxford University, he joined the Communist Party because he said it was the only party “unambiguously against Hitler”.

After the war, he made a striking debut at the Labour Party’s 1945 Blackpool conference.

Speaking in military uniform he denounced the upper classes of Europe as “selfish, depraved, dissolute and decadent” and warned that they would be dealt with by the coming “socialist revolution”.

But he became a strong advocate of Nato and opposed the unilateral nuclear disarmament pursued by Labour’s left.

When Harold Wilson won the 1964 general election, he made Healey defence secretary. Against his will he presided over a retreat of Britain’s military power—though he spared the nuclear weapons.

Healey wrote saying defence spending was more important than health spending. He said, “False teeth and spectacles are small comfort to a corpse.”

His other contribution was the cruel eviction of over 2,000 Chagos Islanders from their homes to make way for the US military base on Diego Garcia.

He was made shadow chancellor in 1972. At the 1973 Labour conference, he promised tax rises that would “bring howls of anguish” from the rich.

Labour’s manifesto for February 1974 promised “to bring about a fundamental and irreversible shift in the balance of power and wealth in favour of working people and their families”.

It didn’t happen. The bosses organised an “investment strike”. The establishment newspapers went on the attack.

Healey caved in to the blackmail.

In September 1976 he went cap in hand to the International Monetary Fund (IMF) for a loan. He later said he was lied to about the state of the economy.

The IMF demanded more huge cuts. Labour responded by slashing £6 billion from the budget—worth around £40 billion in today’s money.

Labour Party conference delegates booed him and voted him off the party’s executive. But the trade union leaders backed the attack on pay.

Healey wrote about how he convinced the left wing union leaders to back pay cuts. “We normally met for dinner in the exquisite 18th century Soane room at Number 11 Downing Street.

“Instead of beer and sandwiches I provided good food and drink. Hugh Scanlon usually insisted that the fish should be ‘goujons de sole’.”

Anger over Labour’s pay policy eventually broke through, with widespread strikes in 1978-79—the Winter of Discontent.

Labour fought the 1979 election on a programme which ceded every point of principle to the Tories. It lost.

In 1980 Healey lost a leadership campaign by ten votes to Michael Foot, the left’s candidate. Healey didn’t join those who split to form the right wing SDP.

A resurgent Labour left saw Tony Benn’s election campaign for the deputy leadership. In 1981 Benn lost, as Healey put it, “by a hair of my eyebrow”—50.43 percent for Healey, 49.57 percent for Benn.

Healey was of a time when even the Labour right called themselves socialists.

But his legacy is that it was better to be in office than have principles—and that meant always doing the bosses’ bidding.

Labour - a party founded on conflict