This article is over 12 years, 5 months old
Socialists, trade unionists and many others across South Wales will be saddened to learn that Glaslyn Morgan of Skewen has died at the age of 89.
By Huw Pudner
Downloading PDF. Please wait...
Tuesday 28 July 2009

Socialists, trade unionists and many others across South Wales will be saddened to learn that Glaslyn Morgan of Skewen has died at the age of 89.

Glaslyn, a former miner, joined the Young Communist League in the late 1930s. He remained a committed socialist for the rest of his life.

His political outlook was formed by the poverty and unemployment he experienced in the 1930s. The fight against fascism then made him a lifelong opponent of bigotry and racism.

Glaslyn was a kind and courteous man. He was a Communist councillor for more than 20 years before “retiring” at the age of 85.

Glaslyn marched to oppose the war in Iraq. In the last few months of his life he took a keen interest in the economic crisis and in the campaign to defend council housing in Neath and Port Talbot.

He often asked, “What are we going to do about it?”

Our thoughts are with David, Lynette, Raymond and his family.

Glaslyn’s funeral will take place at 2pm on Thursday 30 July at Y Capel, Old Rd, Skewen followed by a service at the Coedffranc Cemetery in Skewen. 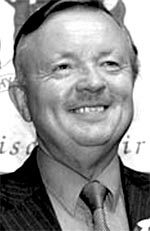