This article is over 12 years, 5 months old
Jim Kirk, aged 48, died on 26 July. Jim was a socialist all of his adult life. Initially he was involved in CND and then became an active member of Manchester SWP in his 20s and 30s.
By Judy Rathbone (Jim’s wife)
Downloading PDF. Please wait...
Tuesday 04 August 2009

Jim Kirk, aged 48, died on 26 July. Jim was a socialist all of his adult life. Initially he was involved in CND and then became an active member of Manchester SWP in his 20s and 30s.

He was a physics teacher at Hopwood Hall College in Rochdale and was an active member of the NUT.

Jim was diagnosed with Motor Neurone Disease in 2004. He put up a determined resistance to the illness and its effects on his life and loved ones until his death.

He applied his scientific mind to understanding research into the disease but knew that there would not be a cure in his lifetime.

Jim was always clear that on a grand scale capitalism is responsible for the prioritisation of war over healthcare.

He respected people’s rights to choose when and how to die. But he was angry that the media was more interested in the “exoticism” of assisted suicide than the more mundane but essentially life-supporting issues of access to adequate resources for people who are isolated and disadvantaged by illness.

He also saw that the “work of living” for people with illnesses such as his is barely recognised as work, as it doesn’t produce anything of any value in market terms.

Jim taught us how to live the best life we can with integrity, dignity and humour. He loved his family with all his heart and we will miss him more than words can say. 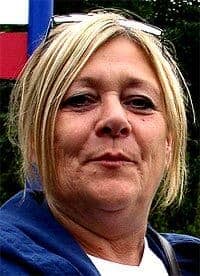