John started work at the Thorn EMI factory in Enfield in 1972. He soon became a shop steward for the T&G union. Thorn Workers News, a rank and file bulletin, was established.

Co-worker Yolanda Williams said, â€œA group of us met almost every night in my small flat. We campaigned against the deportation of one of our members and won.

â€œWe fought victimisations and closures. It seemed every day there was a battle.â€

By 1978 John had left Labour for the SWP. Ian Birchall remembers, â€œJohn was a fine and well loved comrade. He was very active in the 1984-85 minersï¿½ strike, and joined pickets during the Wapping dispute.â€

When Thorn closed, John moved to Margate and got involved in many local campaigns.

When the Nazi National Front tried to march and organise there, John became a cornerstone of the campaign to defend asylum seekers. He helped run a weekly drop-in for refugees.

In recent years John was involved in the great movements of our time. He was delighted to hear of the Occupy group that has pitched up on Margate seafront.

John died peacefully on Friday morning after a short illness. He was a strong and dear comrade and we will miss him greatly. Our sympathies go to his partner, Marie, his son Bruce and all his family and friends. 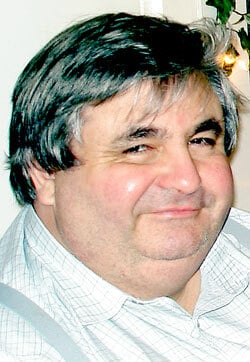