This article is over 15 years, 2 months old
Muriel Hirsch was one of those people who bucked the conventional wisdom that socialists move rightwards as they get older.
By Robin Hirsch and Paul Smith
Downloading PDF. Please wait...
Saturday 11 November 2006

Muriel Hirsch was one of those people who bucked the conventional wisdom that socialists move rightwards as they get older.

She had a brief flirtation with the Young Communist League in her youth but spent most of her political life in the Labour Party. The Miners’ Strike of 1984-1985 was a great turning point for Muriel as Neil Kinnock and the Labour leadership abandoned the miners to defeat.

She left the Labour Party and in 1991 she joined the SWP. Over the last 15 years she threw herself into every major campaign that took place both locally and nationally.

Perhaps this was the happiest period in her life. She campaigned against the poll tax and she was a founder member of both Crawley Pensioners Action Group and the Crawley Hospital Campaign.

Muriel was also an outspoken critic of Tony Blair’s bloody war in Iraq.

She was ubiquitous in Crawley, speaking on the radio and television and selling Socialist Worker in the town square summer and winter.

Although ill-health meant that Muriel had not been able to be active over recent months she was still keen to discuss what was going on and her anger against the system remained undiminished.

Our thoughts are with her partner Daniel at this difficult time.

The funeral will be at Crawley Baptist Church, Crabtree Road Avenue, 1pm on Friday. Donations to SW Appeal. 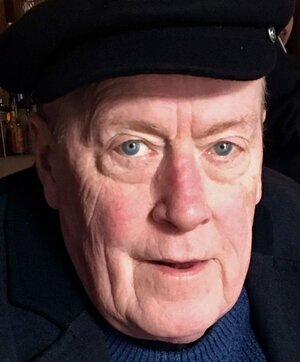 Obituary: 'In the Tail of Trotsky's Comet'