This article is over 10 years, 2 months old
Pete Carter, one of the most effective building industry rank and file leaders in the in the 1970s, died last month aged 73.
By Gerry Kelly
Downloading PDF. Please wait...
Tuesday 08 November 2011

Pete Carter, one of the most effective building industry rank and file leaders in the in the 1970s, died last month aged 73.

Pete, a Communist Party (CP) member, was a leading light in the Building Workers Charter movement.

Along with two other CP members, Mike Shilvock and Phil Beyer, and several other militant shop stewards, he led a movement against the lump casual labour system in Birmingham in the early 1970s. This played a big part in bringing about the national building strike of 1972.

I was one of those shop stewards and a member of the International Socialists (forerunner to the SWP) at the time.

I always found Carter, and indeed Shilvock and Beyer, to be open in their attitudes to working with me and others on the revolutionary left at rank and file level.

Under Carter’s inspired leadership, C Bryant and Co, the largest construction firm in the Midlands, were forced in February 1972 to concede a 50 percent basic wage increase in a deal that Construction News called “a watershed in the construction industry”.

It also forced the hand of the Ucatt union leadership, making a national strike inevitable.

Carter was a brilliant organiser. He was the brains behind many of the stunts we pulled off to keep our struggle in the news. This included the occupation of a giant statue of King Kong in Birmingham’s Bull Ring in 1972.

Carter was also the greatest working class orator I have ever seen. He could hold mass meetings of hundreds of people spellbound with his speeches, which were often peppered with quotations from Shelley and other poets.

Later in his life Carter became national industrial organiser for the CP. During the 1980s he was part of the Eurocommunist wing of the party and took part in the bitter struggle that eventually tore the CP apart.

When I bumped into him in 1984, during the Miners’ Strike, I was disappointed at his criticism of the tactics of the NUM leadership—tactics that he had enthusiastically endorsed and used in the 1970s.

He also later became involved in environmental issues, but his role in leading the Birmingham building workers and as a rank and file militant of national importance is how he will be best remembered. 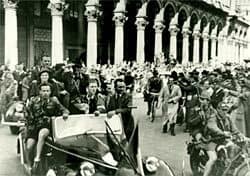 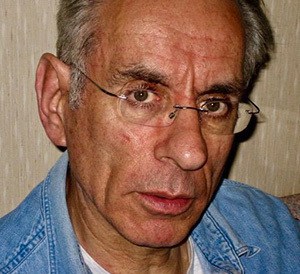