Shimon Peres was a war criminal that is lauded as a peacemaker.

The last of Israel’s so-called “founding fathers”, Peres is celebrated as the architect of the historic Oslo Accords peace agreement between Palestinians and Israelis.

His death on Wednesday has opened floodgates of worthy eulogies, even from those who have been life-long supporters of the rights of Palestinians.

He is remembered as being the force behind an attempted peace with the Palestinians. But the Oslo process he championed turned out to be a trap.

Under its terms the Palestinians conceded to Israel their right to return to pre-1948 lands. This was supposedly in exchange for self-rule and a nominal independence in the West Bank and Gaza Strip.

But it was a confidence trick. Peres and other “hawks turned doves” wanted to contain the Intifada—the popular uprising in the occupied territories that was reaching its height.

The Oslo deal bought time for Israelis, and crucially allowed a newly formed Palestinian Authority to contain the uprising.

All the promises and assurances made to the Palestinians melted away once Israel achieved this goal.

A new wave of land seizures and expulsions began. It focused on the systematic ethnic cleansing of Jerusalem and the construction of more Israeli settlements in the West Bank.

Peres’s Oslo peace was an illusion. Many of the eulogies allude to this “lost peace of the brave” and how he was a “warrior for peace”.

Israel fired a barrage of “air burst” artillery at the civilians seeking shelter in the compound.

But Peres is defined by one event that revealed all that he was and all that he stood for—the massacre at Qana, South Lebanon.

In April 1996, Peres launched an offensive in an attempt to stifle a growing resistance to Israel’s occupation of South Lebanon. It was known as “Operation Grapes of Wrath”.

During decades of interventions and occupation of Lebanon the Israelis had killed many people, both civilians and fighters.

But the attack on the village of Qana was marked by its calculated ferocity.

Hundreds of civilians fleeing Israeli bombs had sought refuge in the United Nations compound of this historic mixed Christian-Muslim village.

Frustrated by its failure to tame the resistance, Israel fired a barrage of “air burst” artillery at the civilians seeking shelter in the compound.

Over 100 people were killed, ripped apart by the shower of shrapnel designed to burst above their heads. Many more were horribly wounded.

Peres and his government refused to accept any responsibility for the massacre. They blamed itin turn on the Lebanese resistance, and “false information”.

All subsequent inquiries exposed these as lies. The attack on Qana destroyed many illusions people had built upabout the Israeli doves and the peace they proposed.

Peres should be remembered for the con-trick he sold on Palestinian independence.

But above all he should be condemned as a war criminal 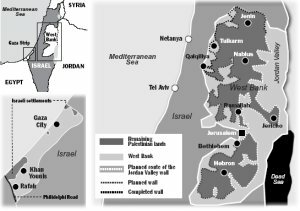 Middle East ‘peace’ is about US power