This article is over 13 years, 11 months old
The former president Suharto, who ruled as a dictator over Indonesia for 30 years, has died of organ failure aged 86. A popular revolution deposed Suharto in 1998 during the Asian Crisis that afflicted many economies in the region.
By Alexis Wearmount
Downloading PDF. Please wait...
Tuesday 29 January 2008

The former president Suharto, who ruled as a dictator over Indonesia for 30 years, has died of organ failure aged 86. A popular revolution deposed Suharto in 1998 during the Asian Crisis that afflicted many economies in the region.

That he survived at liberty to enjoy the vast wealth he appropriated from the Indonesian working class for a further ten years says much about the unfinished business that it remains for future revolutions to complete.

One of the hallmarks of Suharto’s rule from beginning to end was the extreme brutality with which he served as a key ally of Western imperialism. Indonesia is a collection of islands in South East Asia and is now the world’s fourth most populous country.

It was also of crucial strategic importance to the US in the Cold War, controlling important sea routes for oil tankers and one of the only warm water deep sea passages for nuclear submarines.

After the loss of China to “Communism” and the carnage of the Korean War – and with tensions escalating in Vietnam – US attentions turned in the early 1960s to ridding themselves of the troublesome President Sukarno, Indonesia’s first leader after independence was won from Dutch colonialism.

Sukarno’s championing of the Non Aligned Movement of poor countries opposing imperialist control from either Washington or Moscow made him a hate figure for the CIA.

Worse for them, he had incorporated the Indonesian Communist Party (PKI), numbering some 2.5 million members and with ten million supporters in various front organisations, into his ruling coalition of parties together with the army and Islamist organisations.

Then Colonel Suharto, an ambitious non-entity who had risen through the ranks of the army, was well placed in 1966 to benefit when a botched left wing coup killed off the top army leadership. This permitted him to step into the power vacuum to restore “order”.

Suharto proceeded to assume Sukarno’s powers and to ruthlessly purge his left wing allies, using the army and right wing militias to butcher up to a million Communists and their supporters identified by lists of names supplied by the CIA.

Journalist John Pilger has subsequently interviewed CIA officers who identify this mass murder as the “model operation” for the better known coup against Salvador Allende in 1973.

The CIA and Suharto were able to rely on British support according to a BBC correspondent: “British warships escorted a ship full of Indonesian troops down the Malacca Straits so they could take part in the terrible holocaust.”

The best leaders of the Indonesian working class who had organised resistance to Dutch colonialism on the sugar and palm oil plantations and had formed an important component of the armed struggle for independence, were wiped out in the space of a few months. Indonesia was now open for business with multinational capital.

The next 30 years of military dictatorship was marked by a partnership between Suharto’s family and cronies, the army and multinationals to exploit vast reserves of the cheap labour of recently proletarianised peasants to extract value from Indonesia’s enormous natural resources of oil and natural gas, minerals and logging and palm oil.

According to US president Richard Nixon, “With its 100 million people and its 300 mile arc of islands containing the region’s richest hoard of natural resources, Indonesia is the greatest prize in South East Asia.” Ethnic and religious diversity were ruthlessly subjugated to the goal of capital accumulation.

The Acehnese independence movement in the north of Sumatra led to a violent counterinsurgency campaign against the civilian population. The lands of the peoples of West Papua were invaded and the world’s largest goldmine handed over to BHP-Billiton. East Timor was invaded the day after US president Gerald Ford and his national security adviser Henry Kissinger left the Indonesian capital Jakarta.

Some 200,000 Timorese, a third of the population, were killed by the occupation, with British made Hawk jets a favourite instrument of terror. Suharto was named by the World Bank as a “model pupil” and was to receive bountiful supplies of official “development” aid to lubricate the process of primary accumulation amounting to the dispossession and displacement of the ethnic majority Javanese peasantry to colonise outlying islands.

Meanwhile, the US, Britain, and Australia supplied billions of dollars of military aid and equipment to ensure there was no resistance. In the process, Suharto’s family accumulated a fortune of $46 billion as documented by Time magazine, leading Transparency International to identify him as the world’s most successful corrupt embezzler.

However, the counterpart of this accumulation of wealth at the top was the development of a working class numbering some 20 million concentrated in the major cities and a further 66 million in the rest of the country.

Japanese foreign direct investment combined with ready access to export into the US market allowed Indonesia to develop a manufacturing base and services which required more educated workers less willing to accept the status quo.

By the 1990s, over half the population had no memory of the holocaust of the 1960s and started to demand a share of the economic growth averaging above 6 percent from the 1980s. This saw a resurgence of militant strike action in the 1990s with female sweatshop workers to the fore, with a new trade union federation, the SBSI, and the PRD party giving workers an independent voice.

When the economic crisis of overproduction in 1997-98 led to the collapse of the Rupiah and the overnight immiseration of the poor under International Monetary Fund (IMF) imposed austerity measures that removed subsidies on food and petrol, years of accumulated anger exploded into weeks of rioting and strikes that swept Suharto from power.

Workers’ involvement provided an important progressive pole of attraction against the regime’s attempts to deflect the anger into anti-Chinese pogroms.

Ironically, the IMF bailout package of $43 billion dollars represented a similar figure to Suharto’s ill-gotten gains. With the bailout came the IMF’s neoliberal conditions imposing an end to subsidies, privatisations and greater freedom for capital.

Unfortunately, organisations representing workers such as the PRD were not able to effectively oppose this programme by presenting a political alternative to the extension of free market capitalism.

Workers’ demands tended to be subordinated to a popular front strategy of unity with the democratic middle class and Islamist parties to oppose a restoration of military rule – and continue to be subordinated today with calls by the new left organisation Papernas led by Dita Sari to favour local small business against foreign capital.

Indonesian workers, together with their cousins working in other parts of Asia, represent arguably the single biggest centre of manufacturing and the creation of surplus value in the world economy today. In united action, there lies the possibility of an alternative to the neoliberal capitalism, environmental catastrophe and ethnic and religious polarisation that is currently on offer. 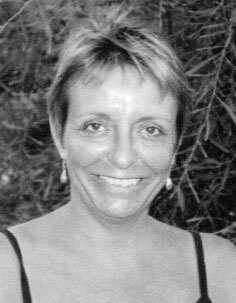 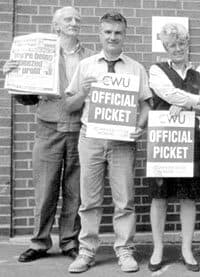