Statement: Facebook bows to pressure – now reinstate the rest of the accounts

Facebook have reinstated the Socialist Workers Party’s (SWP) national Facebook page, some local pages and activists’ profiles, after an online campaign. Within hours of the ban, thousands of organisations and individuals put pressure on Facebook to reverse the decision- which was a clear attempt by social media bosses to shut down voices of resistance.

The SWP, one of the of the biggest left wing organisations in Britain, is calling for all the remaining ones to be restored.

Facebook’s partial climbdown comes after the party’s national Facebook page—as well as accounts of local pages—were removed from the site with no explanation on Friday afternoon.

A spokesperson for the SWP said: “We thank all the socialists, trade unionists and campaigners for their solidarity. Their pressure forced Facebook to reverse their decision.

“We’re now calling for all Facebook to restore all of the remaining profiles and pages—the site should not be shutting down our voices.

“Facebook had already suspended dozens of our accounts in the autumn of 2020—this must not happen again.” 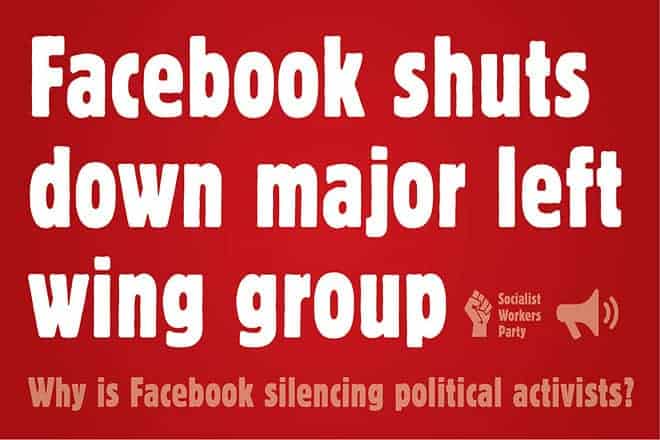