The announcement that the government is to launch a review into the activity of “far left” groups seeks to demonise Extinction Rebellion, the Black Lives Matter movement, anti-fascists and the Socialist Workers Party (SWP). (1)

John Woodcock, a peer in the House of Lords, is to head up a review that lumps together left wing groups such as the SWP with the far right. (2)

Far right groups use violent street movements to push their racist agenda against Muslims, migrants and refugees. They peddle antisemitism.

The SWP is involved in anti-racist and anti-fascist campaigns, Black Lives Matter, support for Palestine and the movement demanding action on climate change. There is no comparison with the far right.

Woodcock argues there is a “risk that a far-Left minority could mire noble and essential movements for change in unacceptable violent tactics in the future” and that the SWP “hijacks” such movements.

Black Lives Matter, Extinction Rebellion and anti-fascists have taken to the streets in their tens of thousands to protest against the injustices of racism and the criminal inaction on climate change. Activists have every right to take action on such issues, and it is this action that has pushed these issues up the political agenda.

The SWP has not “hijacked” these campaigns. Our members across Britain are involved in local and national initiatives like these that fight for social justice. We do this alongside other socialists, trade unionists, MPs and campaigners.

With a world in crisis – from pandemic to climate change to the rise of the far right – these campaigns on the ground are crucial to defeating the right and fighting for a better world. We are proud to be part of them. And we also fight for a socialist world instead of the chaos and destruction of capitalism.

1. The Socialist Workers Party is the largest revolutionary group in Britain: swp.org.uk 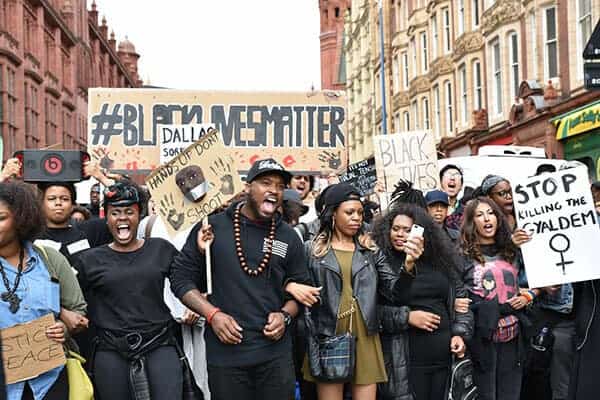