1 Day this film might be shown on its home turf

This article is over 12 years, 2 months old
The engaging film 1 Day should be seen, in defiance of the police’s attempts to ban it, writes Luke Evans
Downloading PDF. Please wait...
Tuesday 17 November 2009

The new film 1 Day is about 24 hours in the life of a young black man in Birmingham, and the trials and tribulations he experiences as a result of being caught up in a local gang.

The film has been the focus of an unprecedented police campaign over their “fears” that it could provoke gang violence.

The campaign involved members of the police successfully pressuring cinemas across the West Midlands to pull the film from its schedules.

Police even interrupted one screening with a largely black audience in Birmingham so that they could switch on the lights and “count attendees”.

I was worried about seeing the film, because I am certainly not a fan of the simplistic “cockney geezer” gangster films of Guy Ritchie, and a lot of current British-made gangsters films seem to follow his style.

But I needn’t have worried – 1 Day, written and directed by Penny Woolcock, is nothing like Ritchie’s films. And in many ways, it’s quite the opposite.

For a start, most of 1 Day is dedicated to showing the multiple pressures that the main character, Flash, has to deal with.

These include family, friends, ex-girlfriends, religious leaders – embodied in the figure of a well-meaning priest – and children.

The overarching storyline involves Flash trying to gather the £100,000 missing from the £500,000 he owes to fellow gang member Angel, who has just been released from jail.

This leads Flash into confrontations with a rival gang, who remain largely anonymous, except for Evil – a former friend of Flash’s.

It is Evil’s betrayal of Flash that causes a conflict between the rival gangs.

But this overall story serves mostly as motivation for plot twists and set-ups. The bulk of the film involves snapshots from Flash’s life – arguing with his friends, being bombarded with phone calls from people wanting drugs, running into his “babymothers”, and being told off by his Grandma.

The film is bleak at times.

1 Day does not avoid portraying the social pressures and circumstances that result in Flash making the decisions he does.

His character is not without a sense of justice – he always strives to do the right thing by those he cares for, and he does not behave as though is happy with his life as it is.

The bleakness is reflected in a scene in a fast-food restaurant where Flash, Angel and two other friends muse on the fact that they feel like their lives are fated to end early and violently.

One of the most interesting things about the film is that it is relatively devoid of violence.

There is a much smaller body count, and it is nowhere near as flippant about death as say, The Dark Knight or any number of Hollywood blockbusters. Every death in 1 Day is traumatic.

Even the death of former gang member El Presidente, which takes place before the time depicted in the film, warrants a scene where Flash and his friends visit his grave and share a moment of collective remembrance.

1 Day is also a hip-hop musical.

Key scenes feature grime rap instead of dialogue. This is important to stress because it also shows that the film doesn’t take itself too seriously – it doesn’t try to offer itself up as some kind of template for how people should be or behave.

White people are never expected to excuse the behaviour of white gangsters in any of the multiple, awful films that invariably star Danny Dyer.

So why should the young black stars of 1 Day have to “excuse” making this film?

The fact that it is often funny, and features young people making cool music, makes me wonder why young black people would feel like they have any less right to do this kind of film than the god-awful Guy Ritchie.

The film has its positives in the way it depicts the competing demands on Flash. It works fairly hard, and I think fairly successfully, to depict him as ill at ease with his lifestyle.

Flash takes a young boy called Pest under his wing, and makes a real effort to educate him in how best to survive the complex world that exists for anyone involved in crime.

The film left me wishing the characters could have a break from all the anxieties, tensions and pressures they were under.

Which I think says more about whether it glamorises violence or not than what the police think of it. 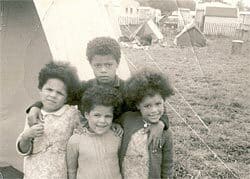 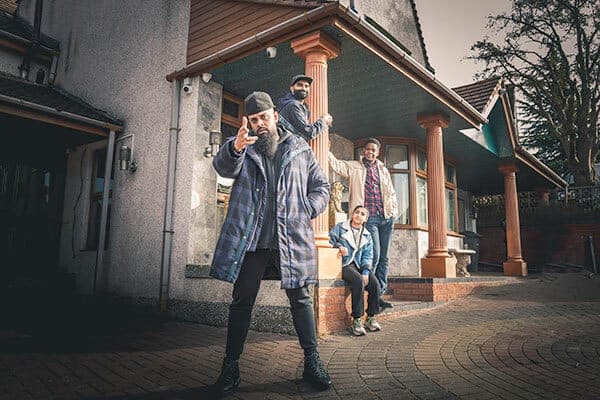