The New Factory of the Eccentric Actor

“The future belongs to socialist ideas!”

These powerful words summed up an energetic and dynamic depiction of a remarkable year of revolutions and uprisings.

The New Factory of the Eccentric Actor collective’s spirited production of 1848 really captures the tenacity of workers across the world at the time.

They were burdened with the brutal demands of a rotten and unjust system and had hardly any means of communication between countries. But they still managed to create a heightened sense of unity.

The play was performed in a style inspired by Marxist dramatist Bertolt Brecht. It took place in the middle of the floor of London’s Conway Hall—which is not typically used for theatre. It was played amid the audience, involving us fully and removing any passivity.

Instead of chairs, arriving audience members are invited to a free soup kitchen.

The continual use of a chorus reinforced this sense of participation, giving audience members a chance to join in and be physically part of the workers’ struggle.

Beyond the technical achievements was an overriding message of the need to fight for a free world. The most impassioned and fervent characters were the ordinary people who had faith in one another enough to believe that radical change was possible.

Unfortunately this was a one-off performance.

But it offered inspired socialist ideas. These ideas not only shaped some of the events of that year but will also fuel the struggles of our future. 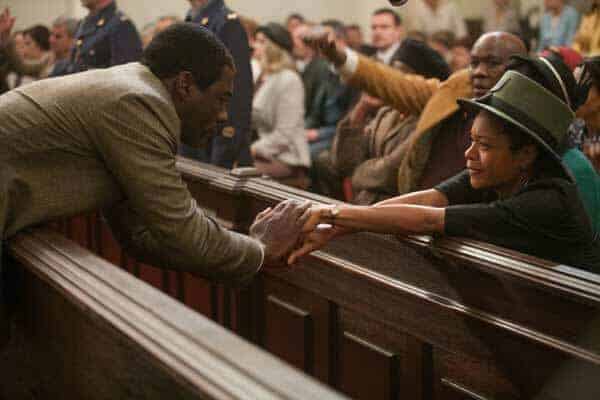 Nelson Mandela's victory is sweeter when it's not sugar-coated