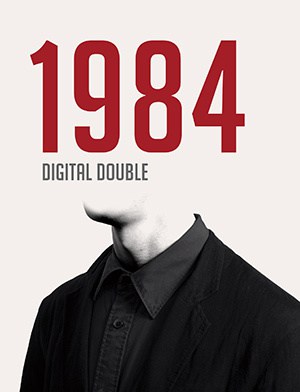 George Orwell was one of the most powerful and inspiring writers of the 20th century.

His precise and simple writing makes his novels and journalism a pleasure to read.

Homage to Catalonia is a favourite book for many on the left. Orwell fought for the Spanish republic in the civil war.

Despite his privileged background,  he championed the downtrodden.

He spent much of his life riling against the degradation 1930s capitalism imposed on the working class.

The theatre adaption of 1984 is welcome. It’s one of his most powerful, if ultimately flawed novels. It sought to capture and denounce totalitarianism and specifically Stalinist Russia.

The play is very well produced and enjoyable.

It employs much of Orwell’s original text and conveying the novel’s ominous warning of passive compliance to authority.

But despite this it ultimately fails. It loses much of Orwell’s threatening power—which seems strange in the age of forced rendition and torture and Guantanamo Bay.

This is because this adaptation downplays a vital component of Orwell’s book.

The play is set in the future, as a group of historians, having discovered the novel, discuss its meaning and authenticity.

In flashback, we see the novel unfold.

The anguished but meek Winston Smith and Julia, the “rebel from the waist downwards”, are both recaptured.

But Orwell’s “proles” are gone, only ever hinted at and never mentioned in name.

This essential, if passive and ineffectual, element of Orwell’s novel, is a working class that makes up 85 percent of Oceania’s population.

The play morphs them into an unseen, unidentified mass that can only be referred to as ‘them’ or ‘they’.

This leaves the play seeing little hope for humanity to collectively escape from the omnipotent oppressive state.

However don’t be put off—this is good intelligent theatre that leaves you thinking about the world as well as entertaining you.