The early scenes suggest an intense look at the War on Terror, but the film becomes something much gentler. According to Sattler, “My approach was not to try and find a political solution. I was really interested in what is the human experience of the people on both sides.”

If most of the prisoners weren’t wild-eyed, bearded caricatures when they were captured, they certainly are by the time of the movie. As indeed are most of the guards.

“They represent forces that push and pull on the characters in the middle.”

This balance is in fact a weakness. And in truth, the movie is done from the good guard’s point of view.

But Sattler pointed out, “I’m a white, male American. I was conscious of trying to tell an authentic story from a point of view that I could relate to.”

And as some of the audience may be watching because the female lead was in the Twilight saga, he may have a point.

He added, “The question was, ‘How do I relate to this world through one of these guards?’

“I thought that was a way to gently bring an audience to identify with what’s going on down there.

“The next step is then to identify with the detainees.”

One scene shows an inmate about to be force-fed, but breaks off. According to Sattler, “My intention was not to make a piece of propaganda. There is so much propaganda around this subject and everybody picks a side, there’s no middle ground.”

The film’s theme is that Guantanamo created moral numbness all round.

But this well-acted liberal film’s redemption is that it shows empathy is possible. 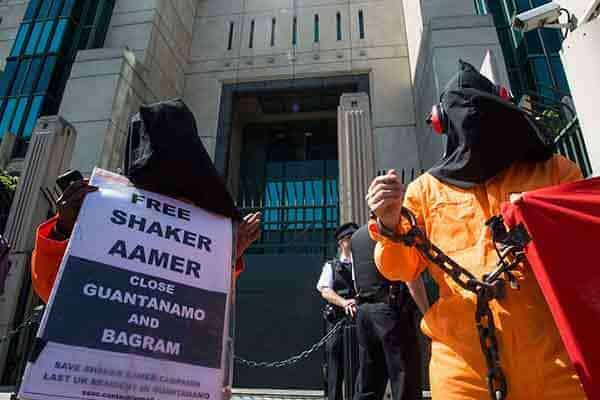